Differences Between Proof of Work, Stake and Burn

Proof of Work(PoW),  Proof Of Stake(PoS) and Proof of Burn are different algorithms used by various cryptocurrencies to verify the transactions on the network. This article would help you understand the differences and their importance in the transaction verification on a decentralized Blockchain network.

Blockchain Technology works on the principle of Distributed ledger technology where the peers on the network are responsible for Block verification instead of a centralized authority. Proof of Work is one of the oldest used protocol in verification while Proof of Stake and Proof of Burn are slightly new ones trying to better on the shortcomings of the PoS.

Let us look at each of these protocols separately to understand the differences better.

You May Also Read: Web Mining 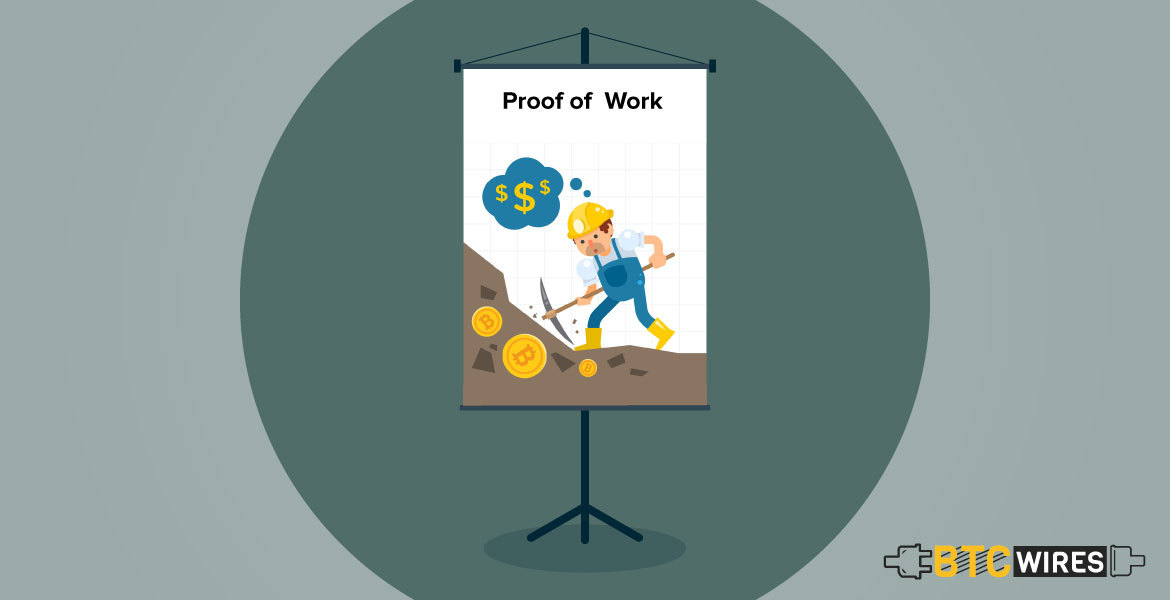 Proof Of Work (PoW) is one of the oldest Consortium used in block verification, and it has been there even before the Blockchain Technology took shape and became what it is today.

Bitcoin developers took this idea of PoW concept and implemented in the Bitcoin Blockchain, where one-way hashing algorithm(SHA-26), where the final hashing algorithm is predefined and its next to impossible to change the hashing function once an input is known.

The SHA-26 hashing algorithm works in a way that whatever input you provide on the network, the outcome is always either a 264 bit or a 64-bit function.

This one-way hashing works perfectly for a decentralized network like Bitcoin since any slight alteration in the input can change the output drastically at an exponential level.

The nature of an SHA 256 algorithm fits perfect for the need of a distributed network, where there is no central database with a selected few taking care of all inputs and outputs. Any peer on the network wanting to earn the Block Reward can make use of the Proof of Work.

For every input on the network, there is a predefined output, if anyone tries to make a slight change in the input to insert a fake transaction, the output will be completely different and can be located easily.

However, many feel that one-way hashing is an old-age traditional method which leads to unnecessary wastage of computational power, and in today’s competitive mining scene it leads to a lot of energy wastage. This is where Proof of Stake came into the picture. 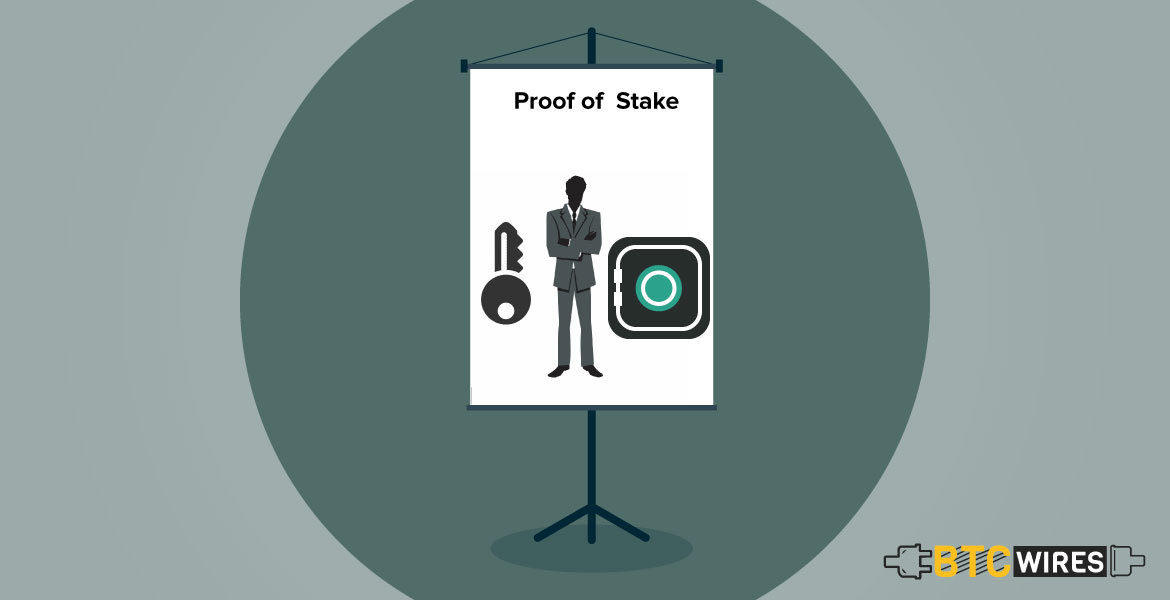 Proof of Work has been a topic of debate for many in the decentralized world, who believes it’s time to make a change as one way hashing is a good idea, but certainly not the best in this age. This is where Proof Of Stake came into the picture.

Proof of Stake algorithm focuses on a selected few miners rather than all the miners putting in a ton of Hash Power to mine the same block. It’s more like a prioritization where the miner with the highest amount of the crypto gets to mine the block prior to others.

However, this Consortium has a fundamental problem, i.e centralization where the rich miners have a permanent unfair advantage over others and thus eliminating chances of others to mine the block.

In order to counter this fundamental issue, many have come up with different implementations such as NXT, Blackcoin, decried hybrid and peercoin, but any solid or agreed upon solution hasn’t been reached.

Currently, age, the total percentage of token held by the individual, balance of the address are a few factors which are taken into consideration for implementing Proof of Stake.

Ethereum network has been experimenting with a better version of Proof of Stake called Casper which might help the network to weed out the fundamental problems with the current PoS.

You May Also Read: How To Setup GPU Mining? 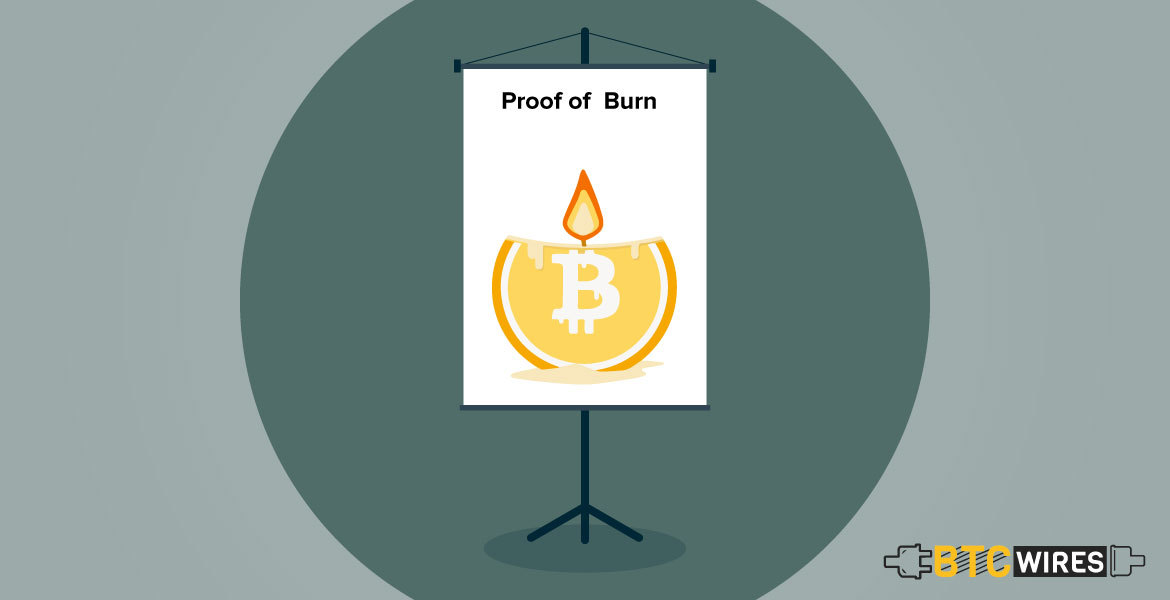 Proof Of Burn is intended at replacing the Proof of Work and Proof of Stake Consortium, in order to achieve true decentralization. Both PoW & PoS has certain shortcomings which won’t last for long.

The one-way hashing in PoW was a good way of verification but with current mining difficulty, its complete wastage of computational power and incur high-electricity bills for the miners. On the other hand, PoS leads to centralization and might eliminate chances of newcomers to mine a block ever.

The idea behind Proof of Burn is that the miners need to burn a few tokens of their in order to verify the transaction. The method is being seen as a replacement since PoW also leads to burning of resources while PoB requires you to burn a certain number of tokens.

This is also an irreversible way which cannot be tampered or worked around, the idea is to add value to unspendable tokens, and people behind the Consortium give an example of Genesis Block of Bitcoin whose reward is unspendable as well.

The PoB can be viewed as hedging where the parent token is burnt to earn the new token which can be used to for other purposes. Proof of Burn has been successfully used by XCP and Slimcoin to transfer value from one token to another.

Proof of Burn is similar to that of Proof of work, only the wastage of computational power with PoW gets transferred in value to another token.

Let us understand Proof of Burn like this, in order to mine one Bitcoin, on an average, it takes 48,800 kW hrs. Now instead of wasting that much energy, you can burn 10 Bitcoins instead which would generate let’s say 48800 Bit Tokens, where each token represent 1 kWh of work done.

You May Also Read: CPU, GPU or Cloud Mining? Which is Most Profitable in 2019?

Bitcoin was released a decade ago as an idea of a cashless peer-to-peer network with no centralized authority holding a monopoly over people’s money. In order to achieve that goal the currency used Proof of Work which was fine in the beginning, but lead to wastage of computational power and electrical energy as the mining scene got crowded.

Proof of Stake was invented to overcome the issues of Proof of Work, but it has its own limitations which might have went against the fundamental idea of decentralization. Proof of Burn is the new concept which promises to improve upon both PoW and PoS with its hedging principle, where you burn a coin to verify and earn mining rewards along with the coin you have burnt.

Here Are Few Articles For You To Read Next:

How to Enable Online Payment for Products, Services or Donations Through Bitcoin?