Centralization refers to a system where the authority is concentrated in the hands of selected few. The decision for the whole community is decided by these selected few, who might have been chosen democratically or inherited the power from someone at the top. 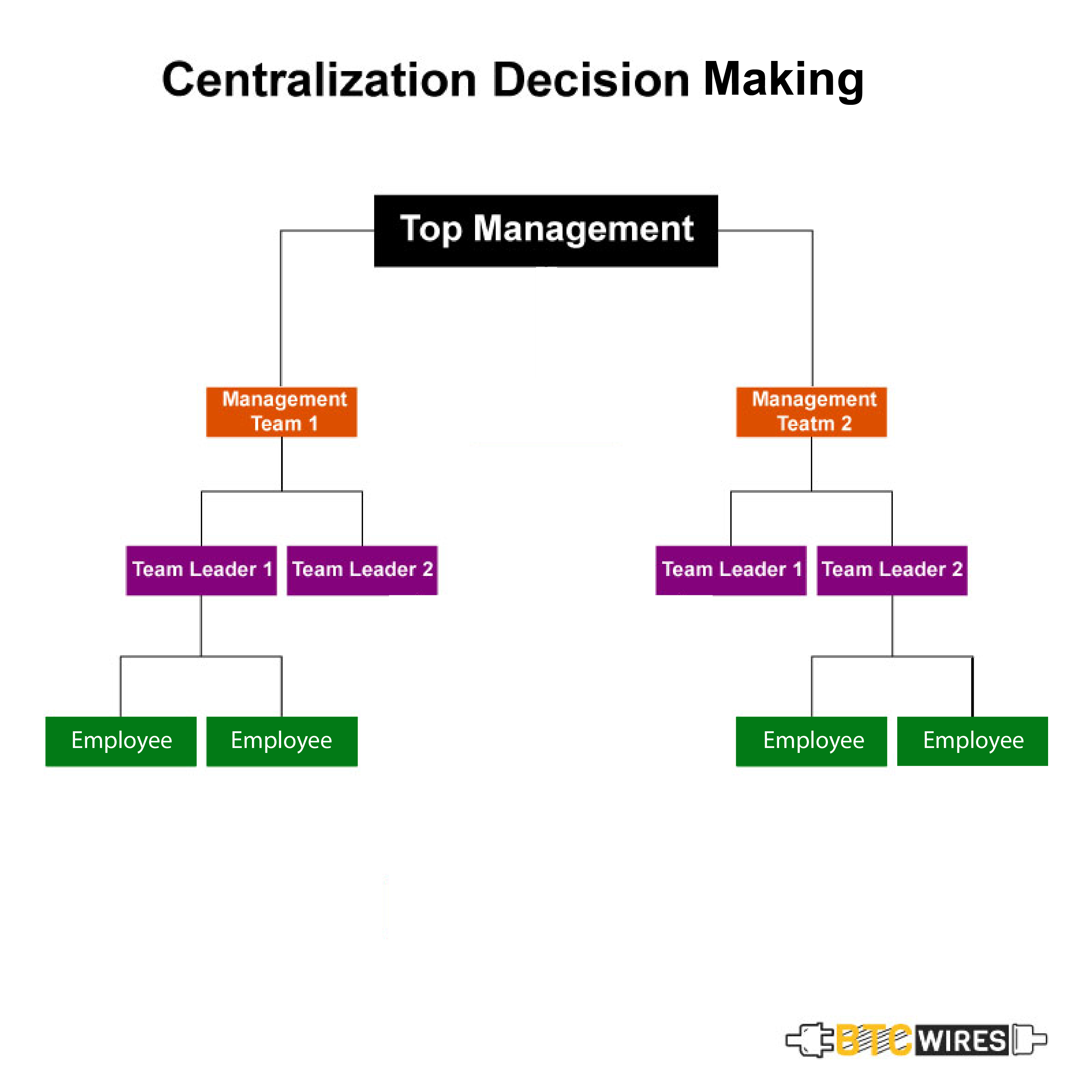 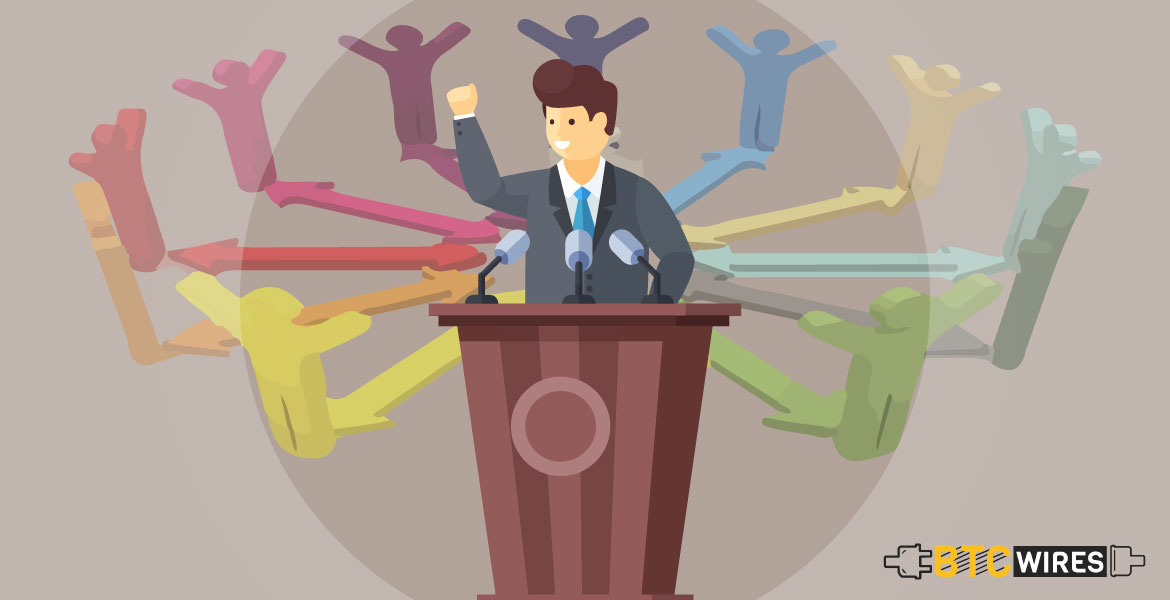 Centralization in politics is most obvious and the decision making falls in the hand of elected members of the parliament elected by the people. Be it democratic governance or monarchical, the ounce of making important decision falls on the shoulders of selected few.

The first ever recorded history of authoritarian governance or centralization was introduced by Quinn dynasty, China. The dynasty was highly bureaucratic and the governance was looked after by these bureaucrats, all reporting to the first king.

In democratic governance, even though the elected representative of people makes decisions, but the final decision is still concentrated in the hands of either the President or Prime minister or the head of state at the top  So we can conclude that some form of centralization exists. 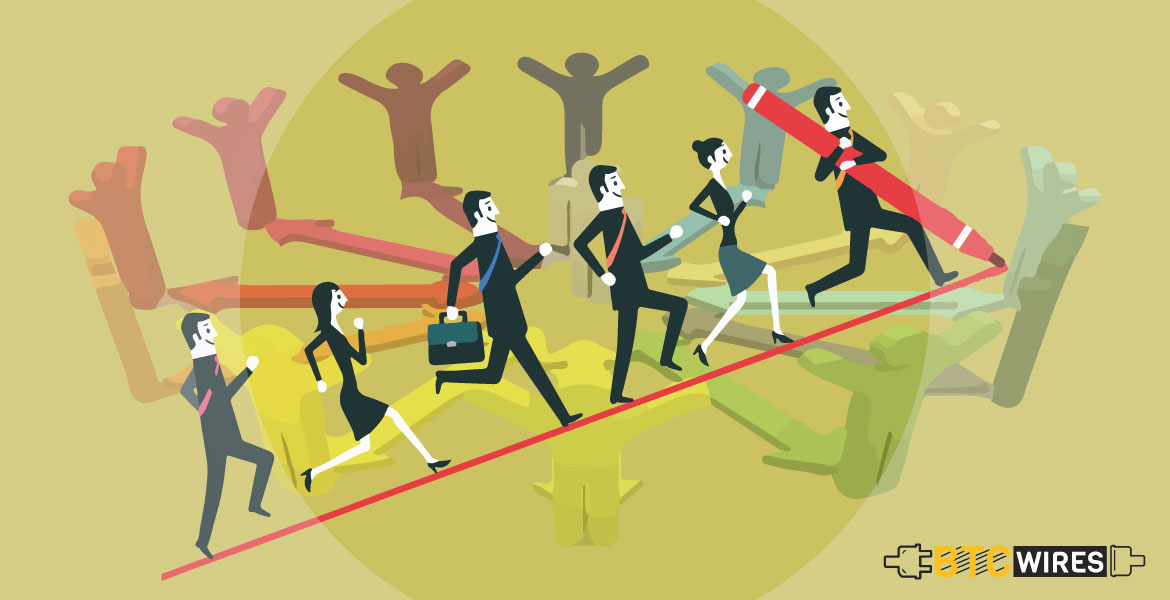 Centralization plays a prominent role in Economy and capitalism in general, where the control of production, distribution, and feedback is concentrated in the hands of few at the top.

As written in V.I. Lenin’s book, Imperialism, the Highest Stage of Capitalism, “The remarkably rapid concentration of production in ever-larger enterprises is one of the most characteristic features of capitalism.”

Lenin further explains, once the concentration of production develops to a certain level, it would become a monopoly like party organizations, Cartel, Syndicate, and Trust.

The book was written after researching the different form of productions and reached a conclusion that, the scalability can only be progressed when the concentration of power is managed by a select few at the top. This helps in gathering small workshops and scattered production and converting them into the well-oiled system.

Blockchain which many believe is the best-form decentralized network and tech of future faces issues in handling requests. Blockchain Scalability is the top priority for the developers at present.

Cartel: Cartel is a form of agreement between the competing firms to control the prices of goods in circulation and also bar any new entrant from hampering their business. It is an agreement between the buyers or sellers who decides or fixes the selling prices, purchase prices, or reduce production using a variety of tactics

Syndicate: It is a group of individuals or organizations with mutual interest who come together to help each other prospering further.

Trust: As the name suggests, a trust is a form of agreement, where one hold the title property and other are beneficiaries. However, the term has completely changed over the years and now it is loosely applied to applied to a certain class, of commercial agreements and, by reason of a popular and unreasoning dread of their effect.

You May Also Read: Block Reward 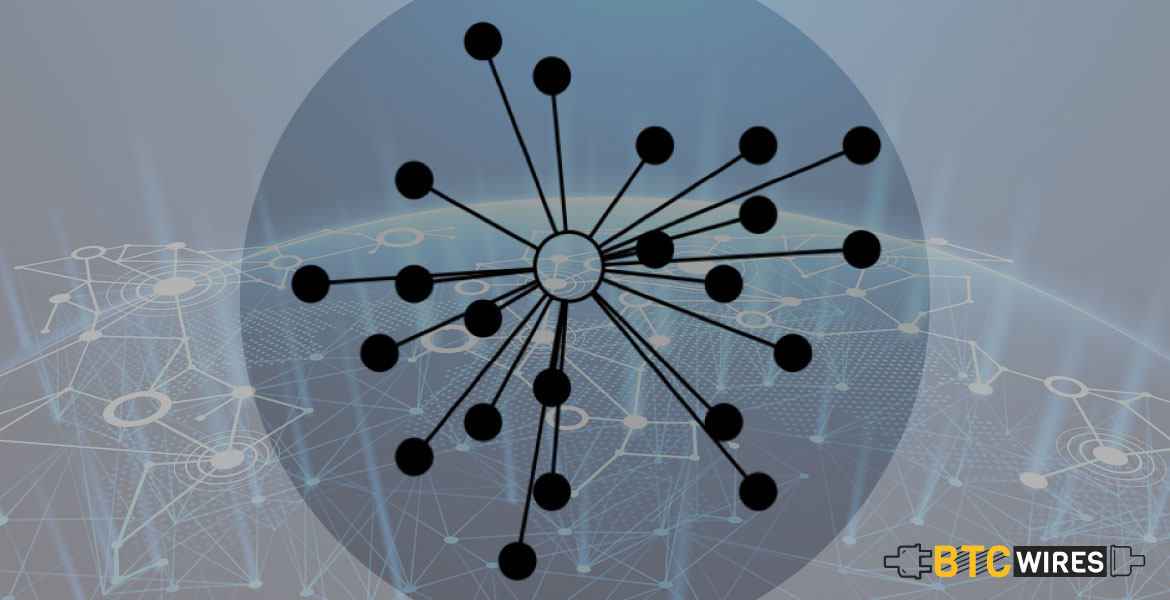 Well, there is a lot of confusion and we would try to tackle one at a time. The blockchain technology is completely based on the concept of decentralization. The definition itself says, a distributed network of peers or distributed ledger system.

However, the products and implementation are quite centralized and work on the principle of centralized networks. For example, cryptocurrency and tokens today which promises to be based on blockchain technology, have a high level of authoritarian power at the top.

Let us take any new crypto token and understand what factors make it a product of centralization. 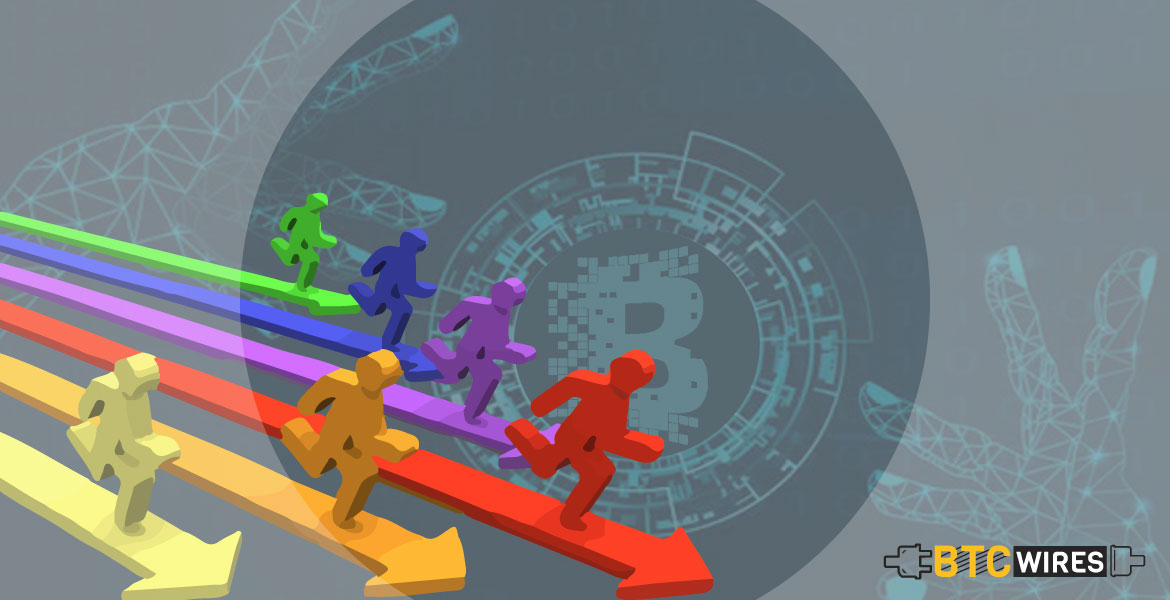 A Controlled Chain of Production:

In a centralized scheme of things, there is a top to bottom approach, where the authorities with control at top issues a command and the network below need to follow and implement it. This brings in clarity and help in scaling the production faster.

When the production functions in a centralized scheme, the commands can be implemented on a larger scale with ease. Since the decision making is done from a central location or headquarter, centralized organizations can save the cost on distributed resources.

When the power to make the decision is centralized its implementation is faster. Suppose in a centralized airlines business, the company is not making any profits, so it decides to lessen one item from the food tray and increase the cost per seat by $1. As soon as the decision is made, it can be implemented right away by informing the passengers and community.

When it comes to expansion at an industrial level, centralization wins the race easily. As it is quite easy to make a decision and forward it to the resources below, who can start making necessary changes into the system to increase the scalability. 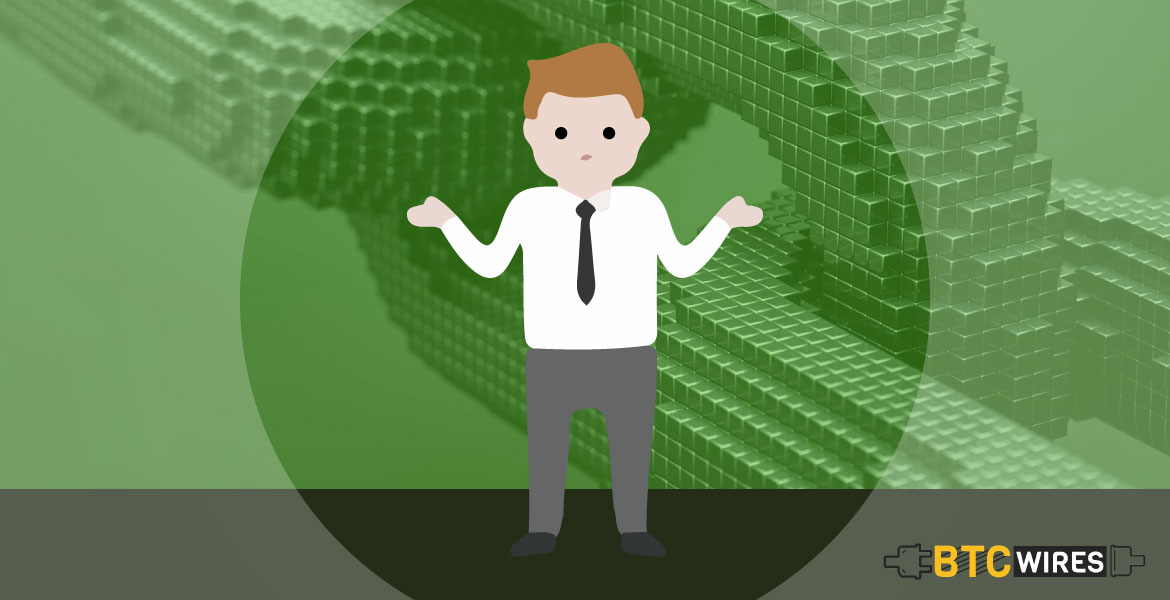 In a centralized form of production, there is no value of the employees who are merely viewed as the machines fulfilling their daily or monthly targets. There is no provision for an employee to contribute to the decision making process. Employees in centralized institutions are viewed as a name tag or employee code rather than human resources.

since the people at the top only care about how their commands and demands are followed, leading to a lack of loyalty from employees. As human impulses go unless you show your solidarity and concern towards other, chances are that, they might not really care or value for the company either.

In a centralized institution, the top brass who makes the decision among themselves find it really hard to look after and supervise the implementation process. The massive gap and difference between the team making decisions and the team responsible for implementations lead to a serious problem of mismatch in coordination.

Centralization plays a very important role in almost every aspect of life as of today, be it politics, or government or economy. The process of decision making is done by a selected few, and the implementation is done by the rest in the chain. 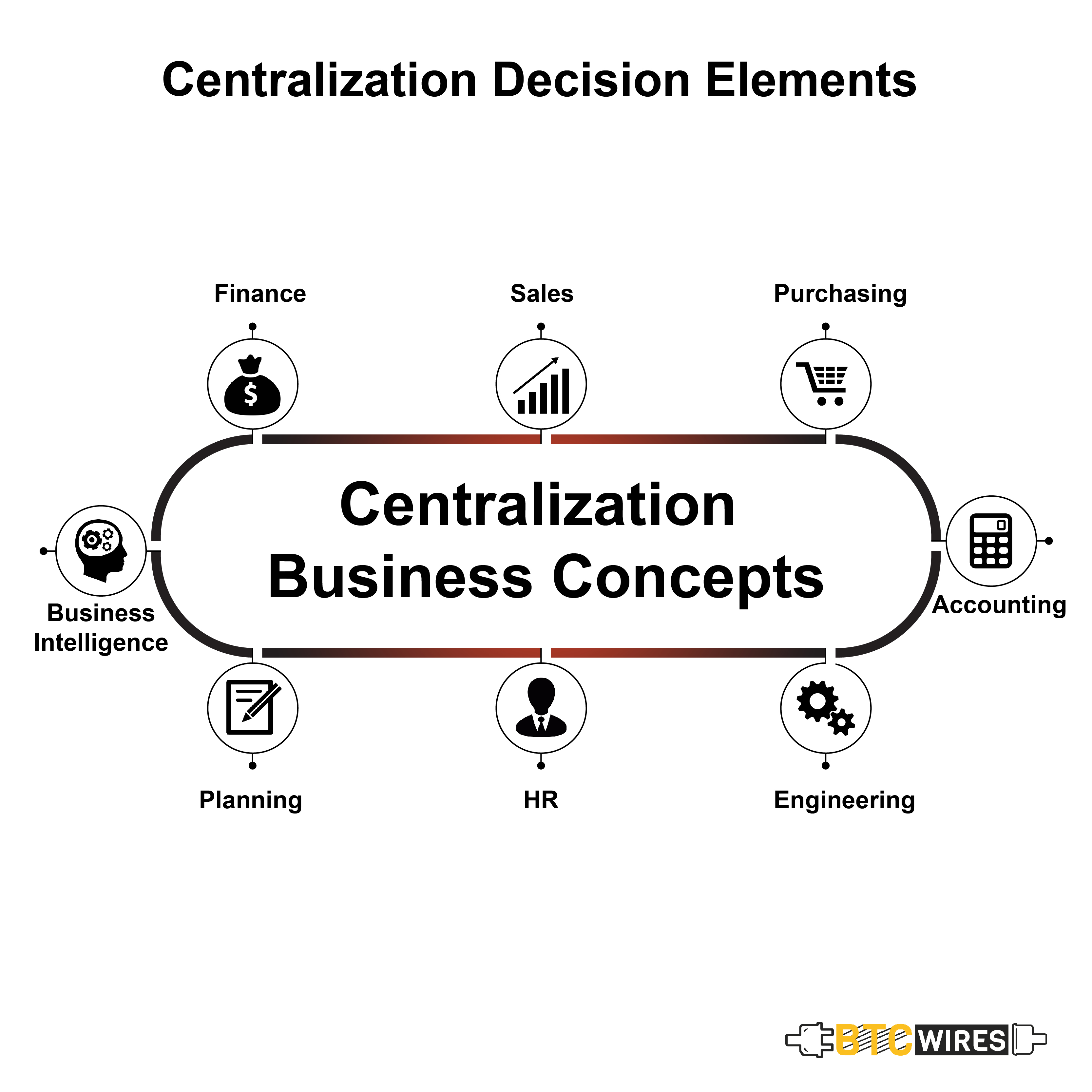 On a macro level, centralization is present in our family as well, where the seniors of the family have a final say in decision making.

Centralization has its fair share of advantages and disadvantages, however, since blockchain has garnered enough attention, in the last decade, it is being viewed as the next big thing and a solution to all the limitations centralization poses at the moment.

Bitcoin declares ‘Less volatile than many’ stocks by Van Eck