Hash rate, or hash power as some call it, is the unit of measurement for the amount of computing power the Bitcoin network is consuming in order to be continuously operational.

Mining is a way for transaction verification on the Bitcoin network, and it helps in maintaining the stability and authenticity of the network, without putting control in the hands of selected few.

Mining is like solving a complicated mathematical equation which needs high computational power which amounts to great energy consumptions as well. The hash rate is a measurement of this computational; power required to mine a single block. It is measured in hash per second (H/S).

How to make a Layman understand Hash Power?

As we discussed, mining or transaction verification is done with the help of computational power of your computer which is measured in H/s. Now suppose your PC has a hash rate of 60, then it means your computer can make 60 guesses per second to solve the cryptographic encryption attached to the transaction.

As the number of miners on a network increases, the hash rate required for mining also increases. A powerful computer with 1 KH/s hash rate would be able to mine a block way faster than someone with 100H/s.

Transaction verification through mining is only possible in a peer-to-peer ecosystem, which uses Proof of Work protocol. Many cryptocurrencies like Bitcoin, Bitcoin Cash, Litecoin uses this protocol to maintain the decentralization aspect of the blockchain. 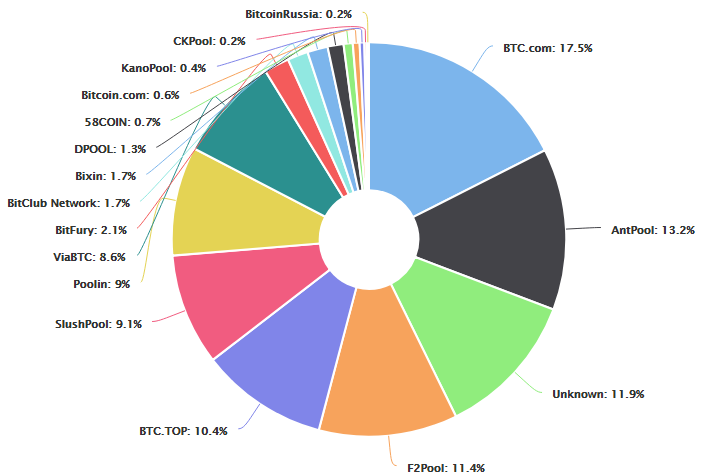 Here is the hashrate graph for a better understanding 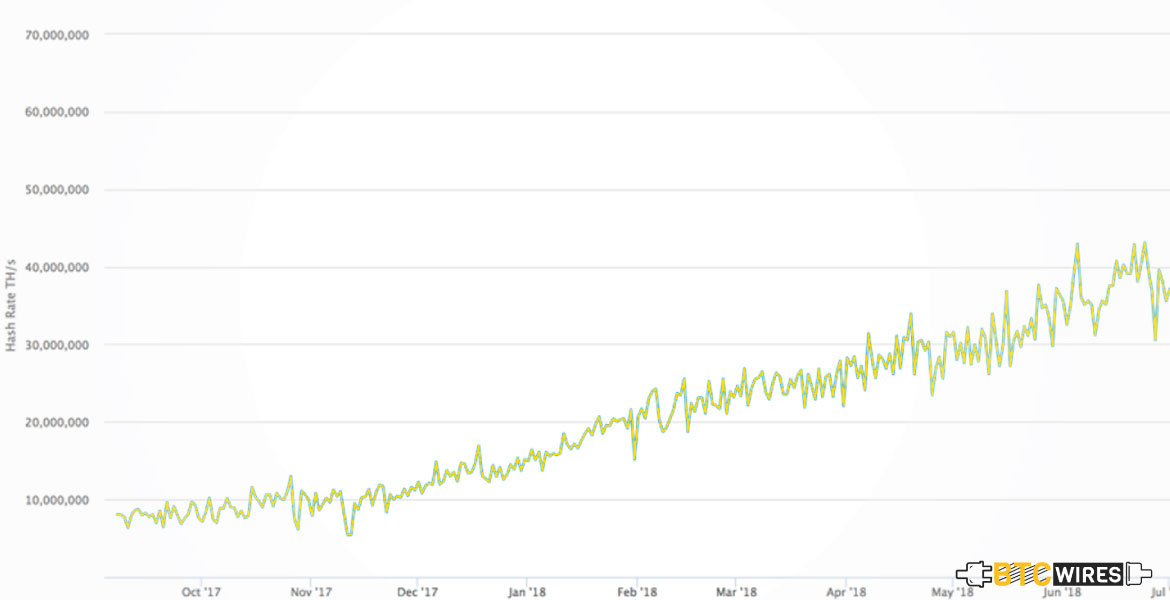 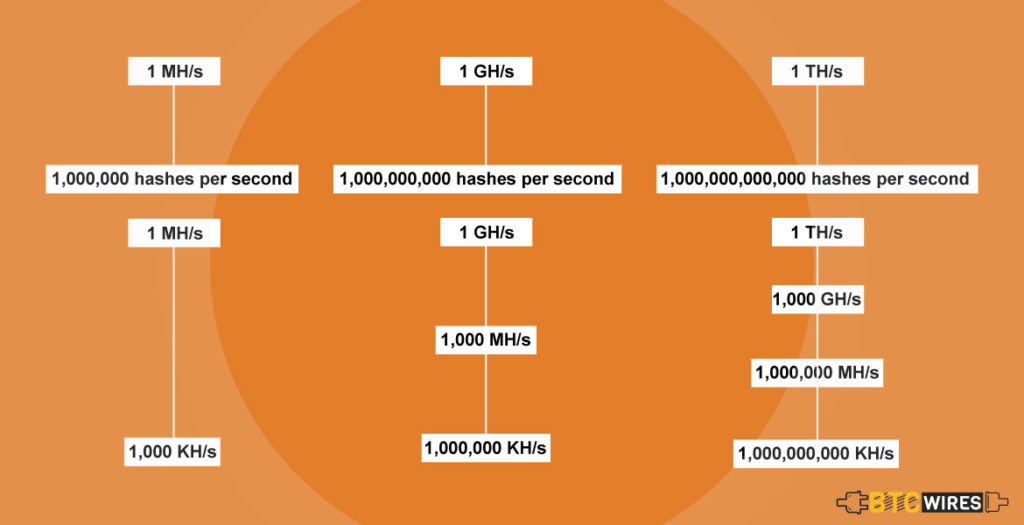 Impact of Hash Rate on Mining Rewards and Energy consumption

Hash rate or the power your computer generates in order to verify the transaction pan out in the same way as a tug of war. As the number of participants increases, the team with more powerful participants and the one who exerts maximum force wins the race.

As the difficulty of mining increases the hash rate required to mine a single block increases as well.

The hash rate of your computer is directly proportional to energy consumption. It means, the more hash power your processor generates, the bigger is the electricity or energy bill.

For mining a block of Bitcoin, the miner gets rewarded with 12.5 BTC plus the transaction charges.

Satoshi Nakamoto’s Bitcoin vision of a peer-to-peer cashless network wanted to put power in the hands of the community. The Proof of Work protocol for transaction verification was used so that anyone with a CPU or GPU processing unit can mine Bitcoin and earn rewards. However, Satoshi might have never thought his idea of decentralization would reach the heights it is at today.

As the popularity and understandability of Bitcoin boomed, the network got congested with loads of miners joining the mining bandwagon. With an increase in the number of miners, the mining difficulty increased as well which made people start purchasing bitcoin through exchanges like bitcoin trader rather than mining..

It is no more profitable to operate with a normal personal computer, as the industry grew in leap and bounds, people made mining into a legit business. Many manufacturers like Nvidia and other CPU manufacturers started flooding the market with specific mining rigs, designed to give high hash-rate outputs for better and faster mining capabilities.

Since 2018 saw the prices of Bitcoin and Altcoins touch its lowest in years, mining solo also became almost non-existent for top cryptocurrencies. The energy consumption, cost of operations and the mining rigs (which can easily cost in 1000s of dollars) does not make it a profitable operation at an individual level.

You May Also Read: How Many Bitcoins Have Been Mined?

The given article discusses various aspects of Hash Power or Hash Rate which is the standard unit for measuring the computational power required to mine a block and verify the transaction.

Hash Rate is measured in H/s and it is a standard of measurement just like Kilogram is for mass and m/s is for the speed.

If you are new to the cryptocurrency and blockchain and want to make an investment into mining, then an understanding about the Hash rate would give you a broader view of the mining process and prerequisites to set up your own mining rig.

Historical 9-Week Bull Run Is On The Door

Bitcoin Trading Mistakes: How Can You Avoid Them?