Litecoin (LTC) first came into existence in October 2011 when a former Google employee Charlie Lee announced his plans of creating a modified version of Bitcoin for better scalability and efficiency.

Litecoin is the sixth largest cryptocurrency in terms of market cap and it was created as a true censorship-resistant transparent currency for the internet age.

Like many other peers from the crypto realm, Litecoin uses Proof Of Work to maintain its decentralized network and verify transactions on the network.

You can buy Litecoin like any other crypto token from an exchange, but if you do not possess the monetary funds, you can also earn Litecoin through the mining process given you have the resources to do the same.

In this article we will look in detail on how one can set up the mining rig, the hardware & software required, and other aspects to gain maximum profitability. This article will serve as your guiding light for mining Litecoin from scratch.

You May Also Read: What Is Cryptocurrency Mining?

In a distributed ledger system like blockchain, there are no intermediaries or authority to verify the transactions made on the network. Any cryptocurrency which uses PoW algorithm can make use of the peer-to-peer verification to validate any transaction on the network.

So the verification process is done by the peers by solving a complex mathematical equation. These equations require computational power to solve and verify the transaction.

The miners verifying the transactions earn a certain amount of the currency (25 Litecoin) as fixed by the network. This process of peer-to-peer verification is called mining.

Hash Power plays a very important role in the verification and confirmation of the transaction. Every dataset on the network returns one unique hash comprising of a long string of numbers.

In order to verify a transaction, you can check the hash generated for the transaction from your peer. If anyone even tries to alter one number in the string, the whole hash function gets altered, which in turn nulls the verification.

To increase their mining process and get through the long hash string, miners equip their rigs with multiple processing units. The below image gives you a rough idea on how mining and hash work in a conundrum for verifying the transaction.

You May Also Read: How Bitcoin Mining Works?

Litecoin has survived the test of time when most of its peers disappeared in oblivion.

Even after 7 years, the cryptocurrency has held its position as one of the better-known digital assets of the crypto realm. Litecoin is currently trading at around $30 amid the bloodbath and mayhem since mid-November HardFork.

However, Litecoin also tasted the success of last years high and reached its maximum price of $420. However, things haven’t panned out as Lee expected at the start. Lee made use of the Scrypt algorithm for mining instead of SHA-256 in case of Bitcoin.

Coming to the main question, mining Litecoin is only profitable with a specific set of hardware combined with software.

The transaction fee is a mere $0.25 when compared to Bitcoins’ $11. The rate at which block gets mined is also  4X times that of Bitcoin i.e 2.5 minutes on an average. So miners get fast transaction confirmation.

However, the claims of mining Litecoin through your CPU has come crashing down. The increase in competition has forced the miners to move towards GPUs, which Lee believes is still better. He claims his Scrypt algorithm has ensured that miners on Litecoin network do not have to shift to ASIC rigs, as in the case with Bitcoin miners, who have to shift from CPU to GPU and now ASIC.

The profitability is dependent on various factors like the electricity charges, the cost of the rig, the software you are using and the hash power your rig generates. 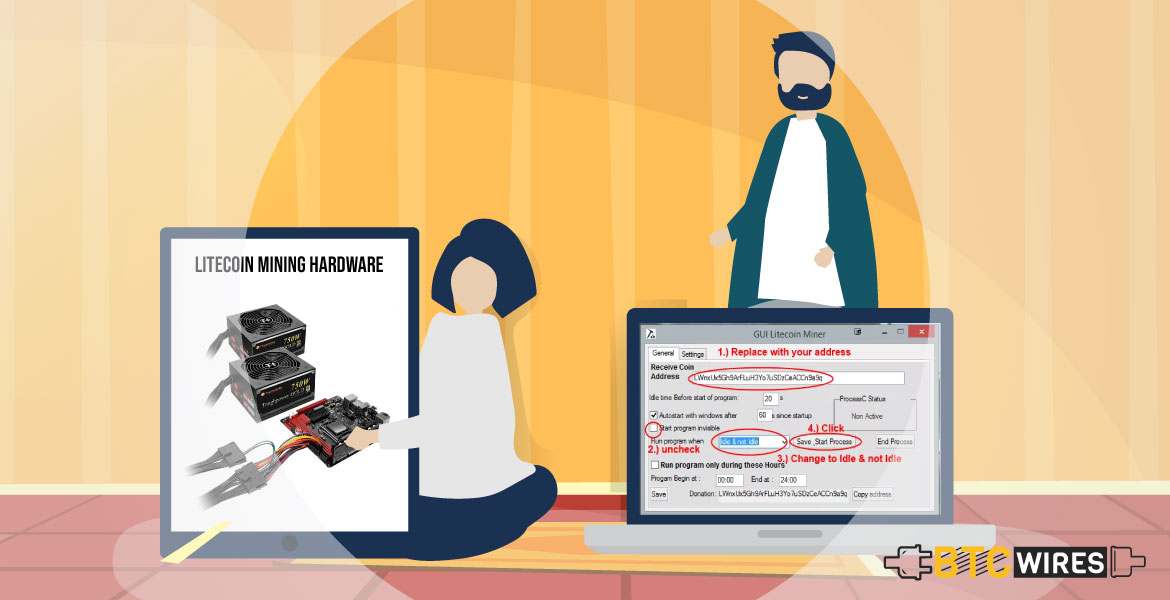 The Scrypt algorithm of Litecoin was aimed at providing the ease of mining with a normal computer CPU. However, the increase in competition has made sure that CPU mining is no more profitable and people looking to make monetary gains has to opt for GPU units. Lee also said that Scrypt can make use of ASIC rigs as well and make more profit than others. However, currently looking at the load it’s not the necessity but yes it does give an upper hand over CPU & GPU miners.

As for the software, if you have decided to go for an ASIC rig, then you need not to worry about the software as it comes preloaded. ASIC rigs are a centralized cloud-based system which ensures equal computational power as per the plan opted by the user. However, the complexity arises as there is no specified software for the GPU and CPU. Users have to make their own choice from the available ones. 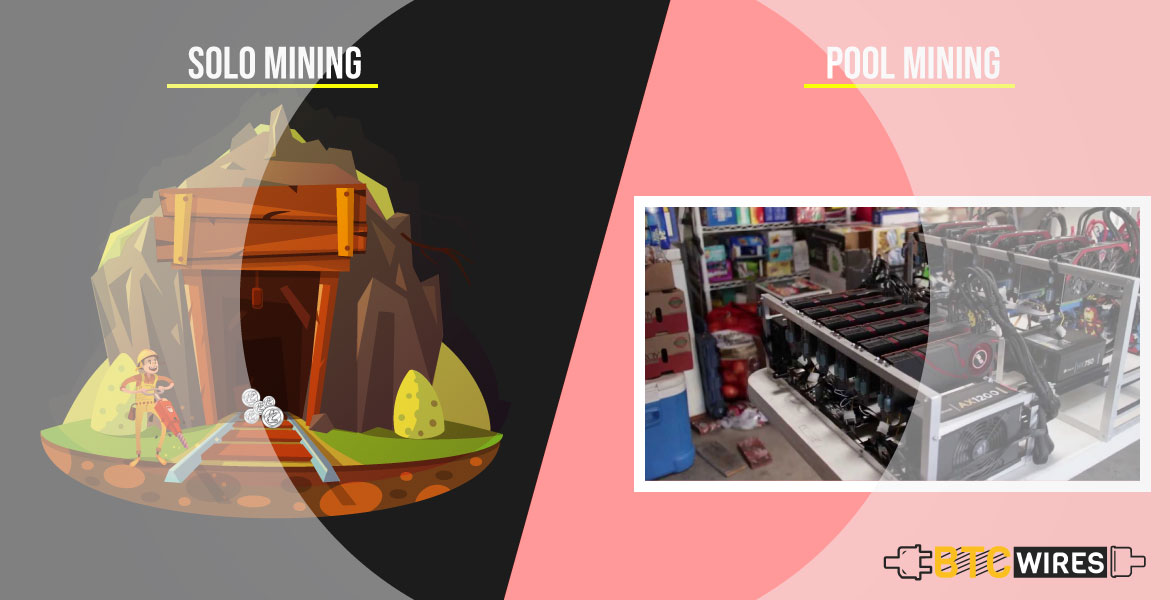 Once you have decided upon the hardware and software to use for your mining process, the next important question comes whether you want to go solo or pool mining. Let us first understand the difference, solo mining is for individuals, where the individual can set up their rig and all cost is borne by them only and the profit is also completely there’s.

However, if you want to increase the hash power and mine the blocks faster, you can join a mining pool.

In a pool, the hash power is equally shared by the number of rigs and the pool charge a mere 1% on an average from the profits. If you want to take up mining seriously and generate enough profit, pool ming is the way to go.

After making the right choice for hardware, software, whether you want to go solo or opt for a mining pool, there is only one final decision to make, wallets. Cryptocurrency is digital tenders, thus you cannot simply save it anywhere you like. There are dedicated platforms for storing your digital riches known as wallets. There are several options to choose from, you can opt for a hardware-backed wallet which is considered to be safest. You can also store you crypto on Exchange-based wallets, which might charge you a certain amount.

However, the best option to store your Litecoin is through Litecoin core, it is a complete blockchain node which would take 15 GB of space on your system.

The core is considered to be the most secure form of Wallet for Litecoin as it can be used for both sending the funds or receiving it from someone.

Running a full node of the network also contributes to the overall health of the Litecoin ecosystem, and maintains the decentralization factor.

You May Also Read: Cons and Pros of Litecoin

Litecoin was once seen as the younger sibling of Bitcoin, which was aimed at resolving the issues with the Blockchain network. The creator of the project did not think Litecoin network would become so widespread that ming through regular CPUs will get out of fashion. However, the use of Scrypt algorithm has the provision to incorporate both GPU and ASIC rigs for mining.

So, Litecoin mining is a good option, given you make the right choice for your rig along with the software and wallet requirements. However,

the main aim of the creator to make mining a daily household activity may never come true.