What is Decentralized Autonomous Organisations (DAO)?

The DAO is roughly like a vending machine you usually find across stations and malls taking money from you and giving you snacks for the amount you have paid. This vending machine orders cleaning services and pays its rent by itself. It has no managers for the above-mentioned processes. All these purposes are being served with the help of a pre-written piece of code.

After bitcoin entered the cryptocurrency market and managed to get rid of the middlemen in financial transactions which lead to the circulation of an idea behind such management model. The core idea behind the DAO was to develop an organization or company without any hierarchical management.

It is important to distinguish between DAO as an organisation and The DAO, which is merely a name of the organization. The project was one of the first attempts at creating a DAO and it failed spectacularly due to a mistake in its initial code.

How Does DAOs Work?

In the beginning, Bitcoin was considered as the first fully-functional DAO, due to the presence of the pre-programmed set of rules, which function freely and is integrated through the different consensus protocols used in blockchain. Seeing that, the use of Smart contracts was enabled on the Ethereum platform which leads to the creation of DAOs closer to the public and shaped their current look.

For DAO to be fully functional, there are certain requirements,

It requires a set of rules according to which it will work or be governed. These set of rules are being written on the Smart Contracts, which is a computer program, that can freely exist on the internet, but meanwhile, it requires people to perform tasks which it can’t do on its own.

Once the rules are set up, DAO finally enters the funding phase, which is an integral part of the process. There are two reasons for this,

Firstly, DAO requires some internal asset or tokens which can be spent by a company or used to reward certain activities within.

Secondly, users, by investing in DAO, get voting rights as well as the ability to influence the way it works. 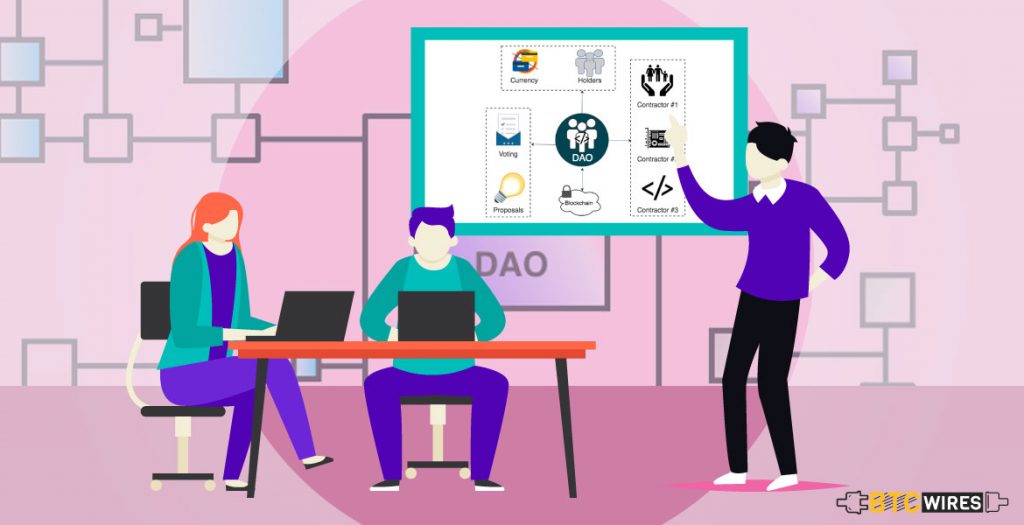 After the funding is done, the DAO is deployed. It becomes free and self-sufficient, i.e., independent of its creators. DAOs are open-source, which means their code can be viewed by anyone. Further, all the financial transactions and rules are recorded in Blockchain, which makes DAOs immutable, transparent and incorruptible.

Once the DAO is in the working phase, the decisions regarding how and where to spend its funds are made through consensus following some specific consensus algorithms in blockchain. Everyone who has invested in DAO has the right to make proposals regarding its future. In respect to preventing DAO network from being spammed with proposals, a money deposit is required.

Afterwards, the investors vote on the proposals. To make any change or task to happen, majority should agree on that.

Substantially, DAOs allows people to exchange its fund with anyone in the world. This can be any form such as a charitable donation, an investment, money raising, borrowing etc., all without the involvement of any middleman. 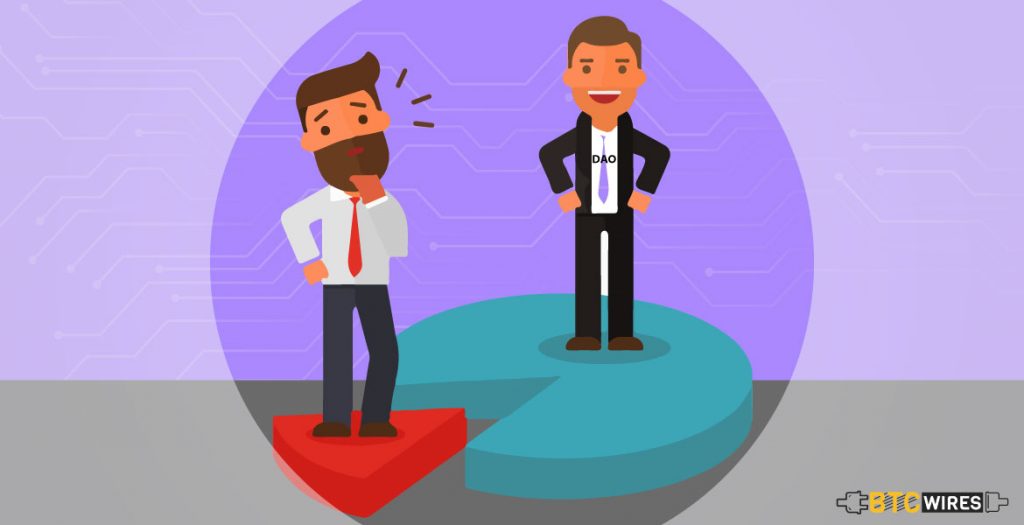 Investing in DAO is easy if one already knows how to buy Bitcoin and have a Bitcoin Wallet. This process is quite similar to buying stocks of a company from a share market.

Once the funding is done, you will be able to make and vote on the proposals. The amount of purchase tokens will decide the voting power you will get. DAOs are completely transparent, and their underlying codes are open-source, which means you have a chance of reviewing codes to be sure that there is no bugs or mistake.

The concept of DAOs is extremely fascinating as it tries to solve everything that’s wrong with how the modern organizations are run. A perfect DAO system allows the investor to shape their organization. There is no hierarchical structure which means everyone in the organization is free to put their innovative in front of anyone or an entire organization. A set of predefined rules that every investor is aware before joining the organization as well as the voting system leaves no room for quarreling whatsoever.

Further, as both putting forward and voting, it requires an investor to spend a certain amount of money, which pushes them to evaluate their decision and not waste time on ineffective solutions. As all the rules and financial transactions are being recorded on the chain of Blocks, which is available for review to anyone, DAOs are completely transparent. Everyone taking part helps to spend and track how the funds are being spent.

DAO is a lot similar to other things connected to cryptocurrencies. It is a new and, to somewhat point, revolutionary technology that’s doing its part very well.

If we consider MIT Technology Reviews, the idea of entrusting the masses with important financial decisions is a bad one that’s not going to yield any returns. According to them, the world will need to change for DAO projects to succeed.

The major problem linked with DAO, mostly after The DAO hack, is of the security problem which is connected with the ‘unstoppable code’ principle. During the hack, investors were helplessly watching funds moving out of The DAO, but couldn’t help with that as, technically, the hackers were following the rules. These type of hacks can be avoided if codes are well-composed and bug-free.

Legal uncertainty is also one of the major problems that is adversely affecting the crypto world due to the technology as it is so new and different. The only solution seems is just a matter of time. 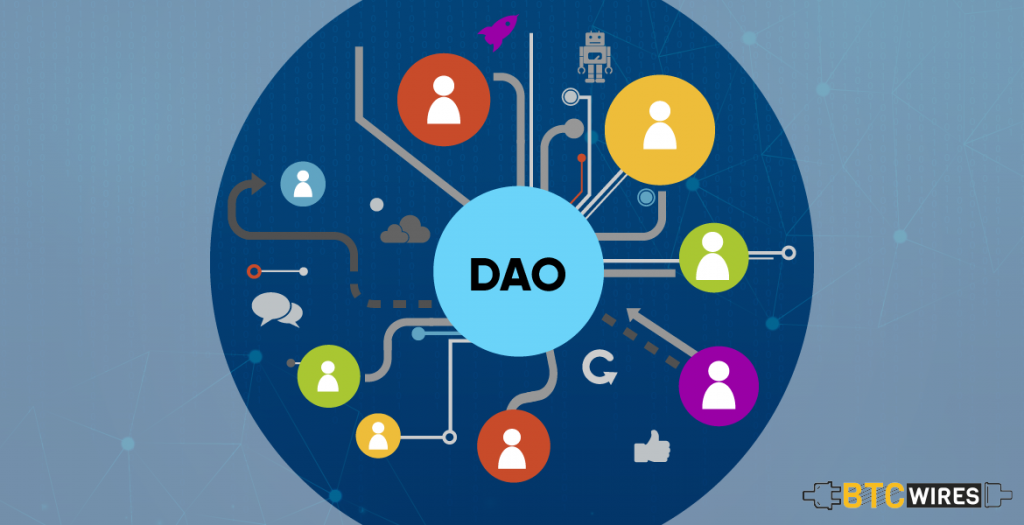 Any autonomous organization with decentralised governance and budgeting system is known as DAO. So, this makes every decentralized cryptocurrency network a DAO, considering the initial funding phase and the official launch. And yes, it works with the help of Blockchain Technology. Below are the some of the well-known DAOs:

Bitshares: Decentralised cryptocurrency exchange, which markets itself as fluid and fast marketing platform, making cryptocurrency free to combine with the stability of the dollar.

❮ ❯
Bitcoin Mining Operations Continue to Expand Amid the Crypto Winter, whereas changing ‘Wasted Gas to Energy at Scale’