Last time, we talked about Bitcoin Core which is a protocol that transmits data between electronic devices. Hope you could get a better understanding of that. Well, this protocol allows you to create a Bitcoin Wallet, which some people don’t get to know what exactly it is and how does it work. So, this guide is meant in that way. Ready? 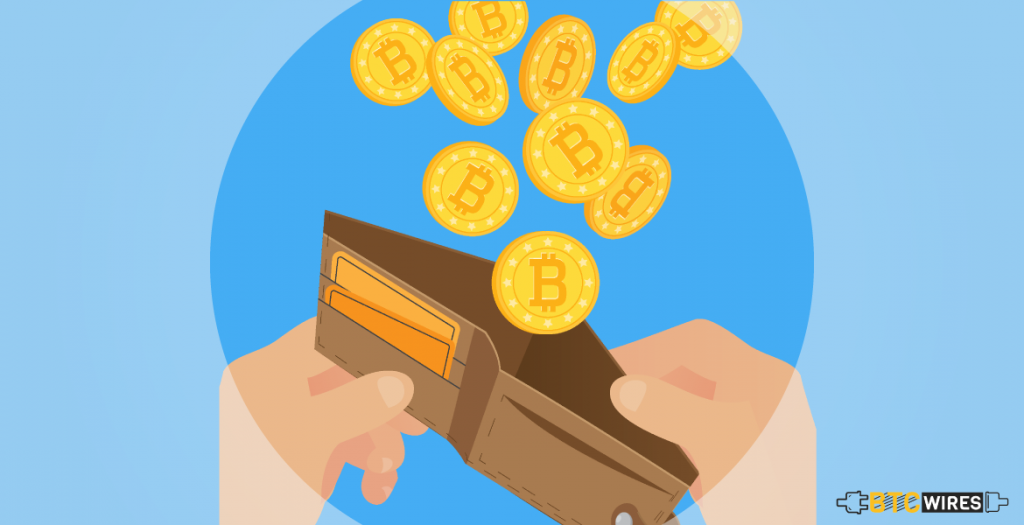 A Bitcoin Wallet is mainly a software program, where Bitcoins are put away. In a precise manner, Bitcoins are not stored anywhere. There is a private key for every bitcoin address which is saved in the Bitcoin wallet of the individual who claims the parity. Bitcoin Wallets encourage sending and accepting Bitcoins and give ownership of Bitcoin Balance to the client. The Bitcoin wallet comes in numerous structures; mobile, desktop, hardware and web are the four main types of the wallets.

Establishing Bitcoin Wallet (also referred to as digital wallet) is an important step in the process of obtaining Bitcoins. Just like Bitcoins are the digital analogous of the fiat currency, a Bitcoin Wallet is equivalent to a physical wallet. Rather than storing Bitcoins, what’s stored is a bunch of relevant information such as the secure private key used that is used to access Bitcoin addresses and carry out the transactions. Make sure not to confuse Bitcoin Wallet with bitcoin brain wallet. That’s the different thing.

You May Also Read: How to buy bitcoin with cash?

How Does Bitcoin Wallet Work? 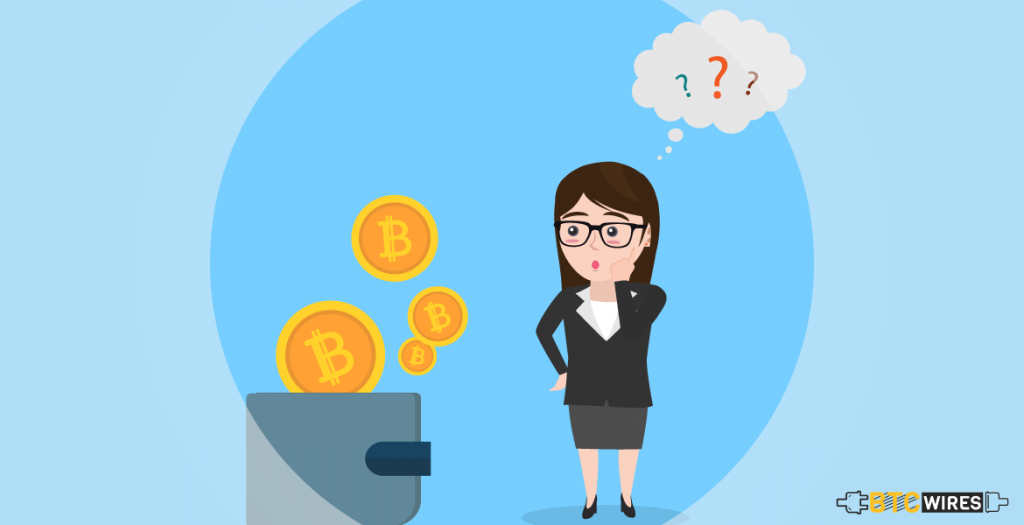 Thousands of millions of people use Bitcoin Wallet, but there’s considerable miscomprehension about how they work. Different from the traditional pocket wallets, Bitcoin wallet doesn’t store currency. In fact, Bitcoins do not get stored in any single location or exist anywhere in any physical form. What exists is the record of transactions stored on the blockchain.

Bitcoin Wallet is a software program that stores your public keys, private keys and the interface with various blockchain, so that users may monitor their balance, send money and conduct some other operations. When an individual sends you bitcoins, he is signing off ownership of the coins to your wallet’s address. For spending those coins and unlock the funds, your wallet’s private key must match the public address that the bitcoin is assigned to. When public and private keys match with each other, the balance in your digital wallet will increase, and the senders will decrease accordingly.

There is no exchange of real coins. The transaction is purported only by a transaction record on the blockchain and the change in balance in your bitcoin wallet.

You May Also Read: How does blockchain work? 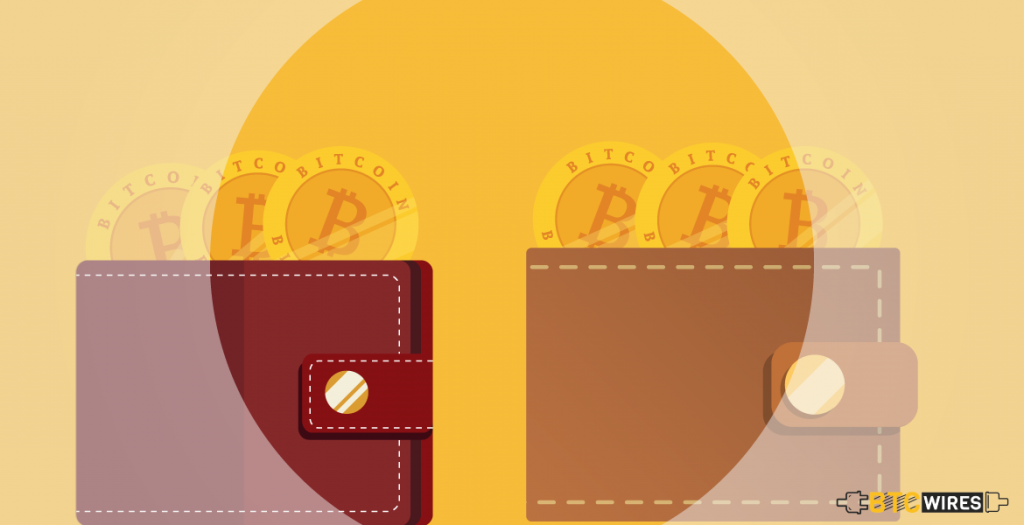 There are different types of wallets providing different ways to store as well as access your bitcoins. Wallets can be broken down into five different categories – Desktop, Mobile, Web, Hardware, and Paper.

Desktop wallets are downloaded and installed on a laptop or PC. They enable users to create a Bitcoin address to send as well as receive the Bitcoins. Also, they allow users to store a private key — known desktop wallets created on Bitcoin Core, Armory, MultiBit, Electrum, Hive OS X, etc. 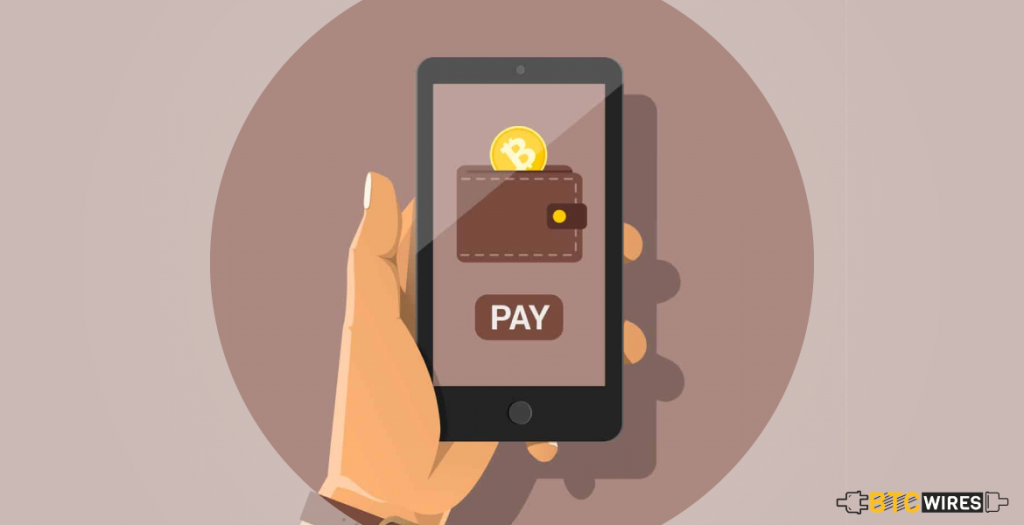 Mobile wallets run on a mobile app on your phone and are helpful since they can be used anywhere including retail stores. They are often much smaller and portable than desktop wallets owing to the limited space available on mobile. These take the form of paid applications that once you run on your smartphone, the wallet can implement the same functions as a desktop wallet to help you pay directly from your mobile from anywhere.

Web Wallets allow you to use Bitcoins from wherever you are, be it a browser or a mobile. The selection of your web wallet has to be done with the utmost consideration since it stores your private keys over the web. Blockchain and Coinbase are popular web wallet providers today. 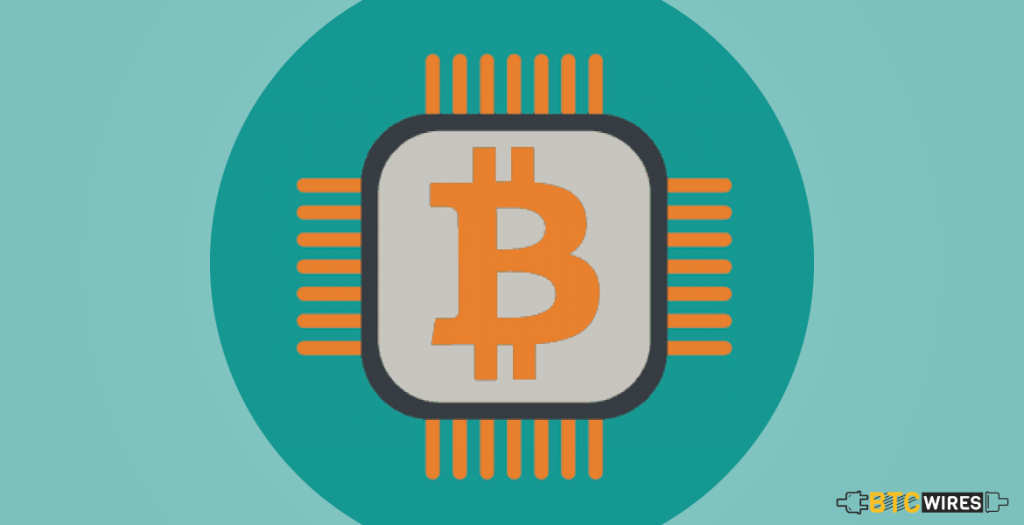 Hardware wallets are considered to be the most secure type of Bitcoin wallet by far. They put away the Bitcoins on a physical piece of equipment, usually plugged into a computer through a USB port. They are all but immune to malicious attacks, and only a few instances have been reported of Bitcoin theft. These devices are the only Bitcoin wallets that are not free, and they usually cost $100 to $200.

Bitcoin Paper Wallet is easy to use and provide a very high level of security. Where the term paper wallet refers to a physical copy or printout of your private and public keys, it can even refer to as a piece of software as well that is utilized to generate a pair of keys securely, which are printed later on. Using this wallet is relatively straightforward. Transferring Bitcoin to your paper wallet is accomplished by the transfer of funds from your software wallet to the public address of bitcoin as shown on your paper wallet.

Alternatively, in case you are willing to withdraw or spend bitcoins, what you need to do is to transfer the funds from your paper wallet to your software wallet. This process, can either be done manually by entering your private keys or by scanning the QR code on the paper wallet.

You May Also Read: How to buy Bitcoin with Cash?

Keeping your Bitcoin wallet safe is very important as Bitcoin wallets represent high-value targets for the hackers. A few safeguards include encrypting the Bitcoin Wallet with a strong password and choosing the cold storage option like storing it offline. Also, it’s highly recommended to backup your desktop and mobile wallets frequently, since problems with the wallet software on your mobile devices or PCs could erase your holdings.

“Silent crash’ as worth floors disintegrate over NFT area