What Are Smart Contracts?

What really are smart contracts?

Suppose one wants to sell his property. It’s a very complicated and disconcerting process which involves a lot of paperwork, communication with different firms and people. Also, involves plenty of high risks. Because of which a lot of property sellers decide to go through the estate agents, who does all the paperwork, advertises the property and serves as the intermediate when the negotiations begin, taking care of the deal until it’s closed.

As well, these agencies also provide insurance service, which is quite useful in such deals as the amount involved in these deals are big and one can’t trust the other person blindly. After the successful deal, the seller’s and the buyer’s agent will share some percent of the sale price as their commission. The amount being shared is a substantial financial loss for the seller.

This is the situation where smart contracts can enter and effectively revolutionize the entire industry, making the process less of a burden. Most importantly, they solve the trust issue.

Smart contracts work on an ‘If-then’ principle, which means that the ownership of the property will be passed to the buyer if and only if he agrees with the amount set in the system.

Smart contract also provides escrow services, which means that both the ownership right and the amount will be stored in the system and will be exchanged with the participating parties simultaneously. Further, the transaction is being monitored by and verified by hundreds of people, so the error-free delivery is confirmed. As there is no longer persistence of trust issue, there is no requirement of agent or intermediary. All the services or tasks being provided by the agent can be programmed into a smart contract, which can save money for the buyer and the seller.

This is one of the potential use of Smart Contracts. They are capable of providing a variety of services with complete transparency, and null the charges involved with the middlemen. It also eradicates the trust issue involved between parties. The code of a particular smart contract involves all terms and conditions to be agreed by the parties and all the information related to the transaction is being stored in a blockchain, a distributed, decentralised public ledger. 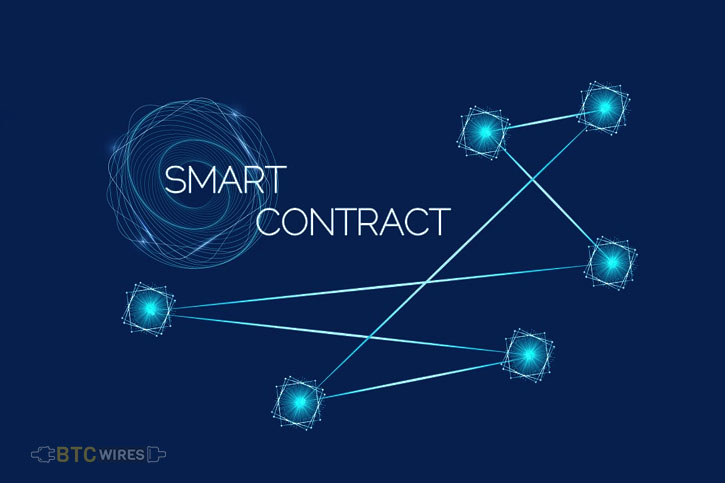 In simple words, smart contracts work a lot like vending machines. One has to just drop the required amount of cryptocurrency into the contract, one’s bond, property ownership right or whatever else drops into the contract too. All the rules and its consequences on not being followed are not only pre-defined in the contract but also are enforced by it.

Smart contract can work independently or else can work with the number of other smart contracts. These contracts are being setup in such a way that all the contracts working together are dependant on each other.

For example, on the completion of successful transaction, smart contracts can trigger another one and so on. In theory, the whole system and organizations can run entirely on smart contracts. To some extent, this is already being started with some cryptocurrency systems, where all the laws are predefined and because of that, the network itself can function autonomously and independently.

There are mainly three objectives for every smart contract:

The first one is signatories, two parties who are going to participate in the contract, have to agree or disagree with the terms of the agreement using their digital signatures. 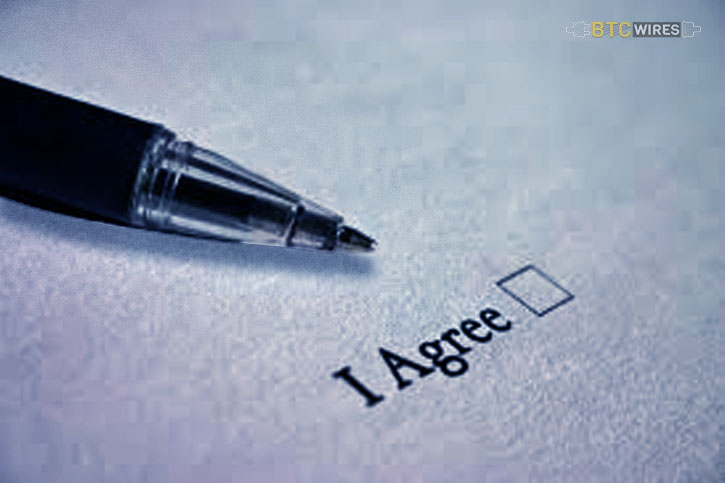 The second objective is the subject of the agreement. This can only be an object that exists within the smart contract’s environment.

Finally,  smart contract should include specific terms. These terms should be fully described using a programming language which appropriates for the particular smart contract’s environment. This includes the requirements from all participating parties as well as all the rules and rewards and consequences associated with said terms.

For the smart contracts to operate properly, should have a specific environment setup. The environment should support the public-key cryptography, which allows users to sign off the transaction using their special and uniquely generated cryptographic codes.

Finally, the data which is to be used in the smart contract should be from the reliable source. This uses the SSL security certificates, HTTPS, and other secure-connection protocols that are being widely used and implemented automatically on most of the modern-day software.

What does Smart Contract Give?

Trust: No one can use or steal any of the parties documents, as they are encrypted and securely stored on a distributed ledger. Furthermore, one don’t have to trust people they are dealing with or expect the same from them, as the system of smart contract is unbiased which replaces the trust issues.

Savings: Smart contracts save the extra amount involved in the traditional contract’s paperwork which includes charges for notaries, advisors etc.

Safety: If the smart contracts are implemented properly then they are extremely difficult to hack. Further, the environment for safe contracts are protected with cryptography, which will keep one’s document safe.

Efficiency: With the usage of smart contract one can save a lot of time involved in managing and processing the heaps of paper documents, sending and transporting them to specific places, etc.

Who invented and who uses Smart Contract?

Smart Contracts were first coined by Nick Szabo, a computer scientist and cryptographer, in 1996. After several years of rework on its concepts and releasing several publications, describing the concept of contract law related to business practices through the design of electronic commerce protocols between strangers on the Internet.

However, the smart contract was successfully implemented after 2009, when the first cryptocurrency Bitcoin appeared along with its Blockchain, which provides a perfect environment for the smart contracts. Szabo too developed a mechanism for decentralized digital currency called Bit Gold in 1998.

Examples where Smart contracts are being currently used:

Blockchains and Smart Contracts have been widely accepted as revolutionary and it is being implemented across all levels. 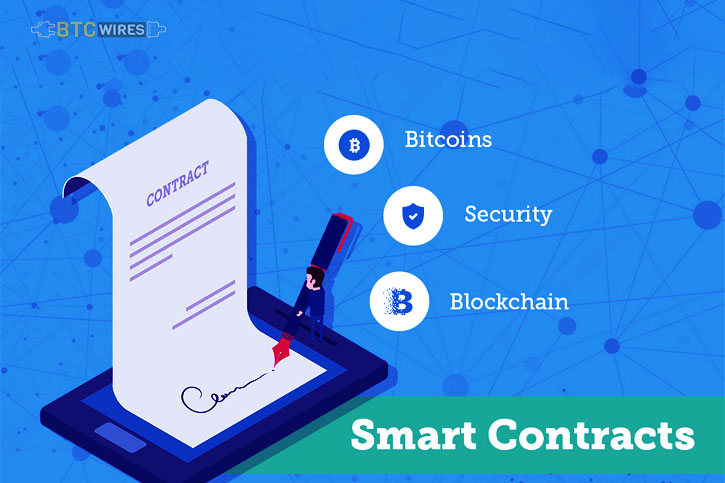 As smart contracts were developed in association with cryptocurrencies, so they have mostly implemented it the financial world. Further, this technology can be mostly used by governments to make the voting system more transparent and accessible. The chain is used to monitor the goods and automate all tasks and payments included. Real state, health care insurance etc. can also be benefited from the implementation of smart contracts.

As smart contract is quite young technology. Despite of having a lot assurance, it has some flaws. Such as, the code that makes up the contract should have no bugs. If it has any, it can be exploited by the scammers. As this happened in the case of DAO hack, put into a smart account with a mistake in its code can be stolen from it.

Further, the novelty of this technology bring a lot of questions to the table. How will government regulate such contracts? How will taxes be imposed on its users? If this was to happen when a traditional contract was made, it could be rescinded in court, but the Blockchain makes the contract perform no matter what, in accordance with the ‘Code is Law’ policy.

Some of the top mergers and acquisitions of previous year