Previously I wrote about the potential of ongoing efforts to integrate Blockchain with the Internet of Things.

There is no denying that Blockchain and Artificial Intelligence are two of the major technologies which are catalyzing the pace of innovation while introducing radical shifts in every industry.

Each of them has their own degree of technical complexity and business implications, but the convergence of the two may be able to redesign the entire technological paradigm.

You May Also Read: Blockchain Use Case: Charity 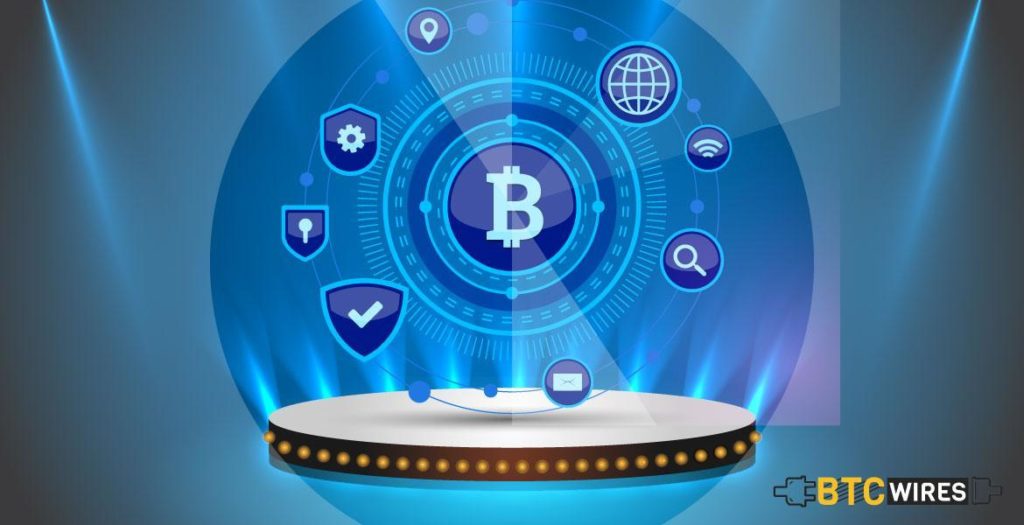 Although there’s nothing left that we hadn’t discussed in our guide Blockchain Technology, yet here’s a brief if you are new to this.

A blockchain is a secure immutable database shared by all the parties in a distributed network where transaction data are recorded and easily audited.

In a simpler term, the blockchain is “a technology that allows individuals who don’t know each other to trust a shared record of events.”

A Profound View to its Workings

The data is stored in rigid structures called blocks, which are all connected to one another in a chain through a hash.

The blocks have a header that includes metadata and content, including the real transaction data.

Since every single block is connected to the previous one, it becomes hard to alter the information without having the network consensus.

The network validates the transaction through different mechanisms, preferably through either Proof of Work or Proof of Stake.

A Proof of Work asks the participants to solve those complex mathematical puzzles for adding a block, that requires a ton of energy and hardware capacity to be decoded.

A Proof of Stake (PoS) tries to solve this energy efficiency issue by attributing more mining power to the participants who own more coins.

You May Also Read: Blockchain Use Case: Law Enforcement

How Can AI Transform Blockchain? 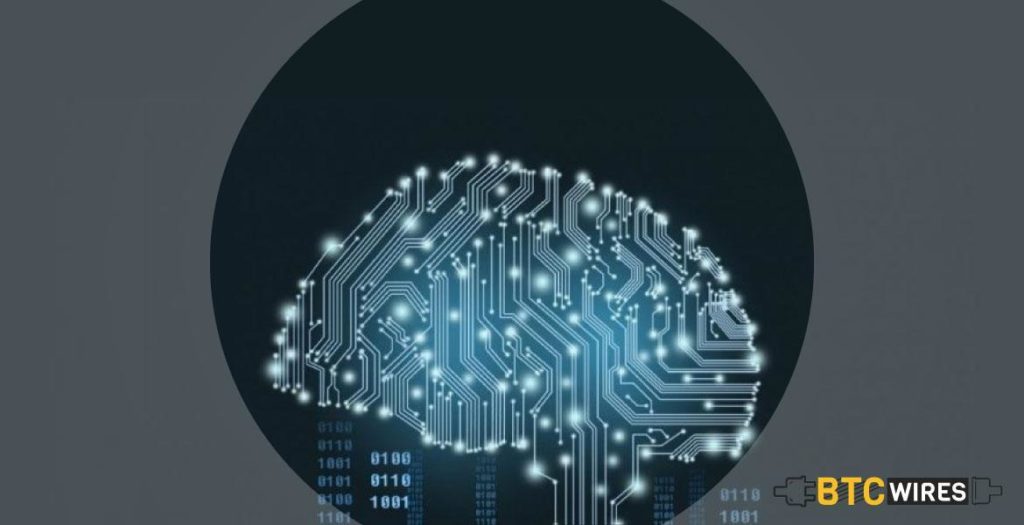 Though extremely powerful, blockchain still has its own limitations. Some of them are related to the technology, while others are from the old-minded culture inherited from the financial sector. But the fact is that all of them can get affected by Artificial Intelligence in one way or the other –

Needless to say, mining is an extremely hard task that requires a huge amount of energy to be completed.

In this regard, AI has dependably proven to be highly efficient in optimizing energy consumption. Thus, similar results can be achieved for the blockchain too.

The blockchain is growing at a steady pace of 1 MB in every 10 minutes, and it already adds up to 85 GB.

Even if the blockchain is almost impossible to hack, its further applications and layers are not so secure.

The incredible progress made by ML (Machine Learning) in the past 2 years makes AI a wonderful ally for the blockchain to ensure a secure application deployment.

The privacy issues of owning personal data are something that raises regulatory as well as strategic concerns for the competitive advantages.

This problem is closely connected to the previous two, i.e., Scalability and Security, and can be solved with the deployment of Artificial Intelligence.

Deloitte measured the overall running costs connected with validating and sharing transactions on the blockchain to be as high as $600 million a year.

Eventually, an intelligent system may be able to compute on the fly for specific nodes to be the first performing a certain task by giving the possibility to the other miners to shut down their endeavors for that particular transaction and cut down the overall costs.

Moreover, whether or not some structural constraints are present, a better efficiency and a lower energy consumption can decrease the network latency allowing faster transaction confirmation.

Miners poured an incredible amount of money into specialized hardware components. Since energy consumption has dependably been a key issue, not just many solutions have been proposed in this regard, but also much more will be introduced in the future.

No sooner the system becomes more efficient, a few pieces of hardware may be converted for neural nets use.

You May Also Read: Blockchain Use Case: Digital Identity

How Can Blockchain Transform AI? 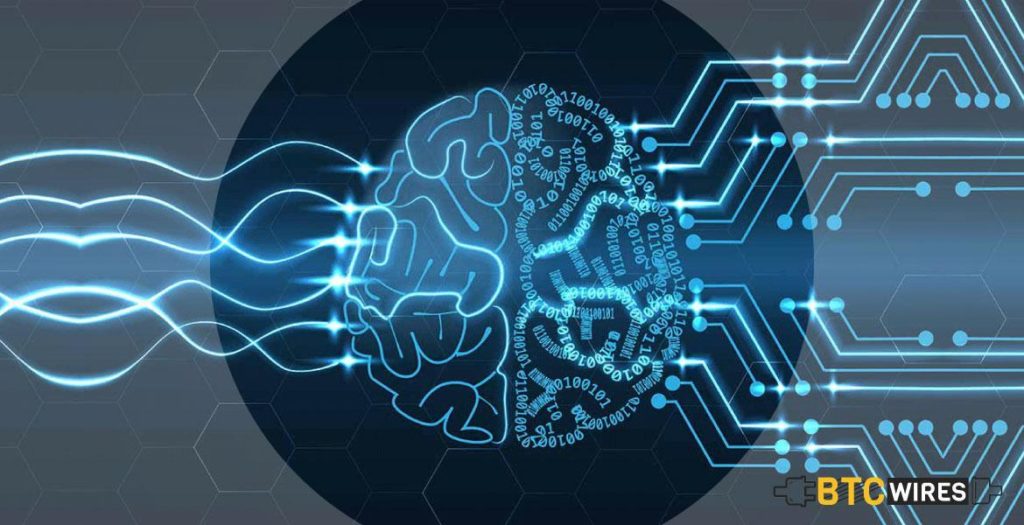 In the previous section, we quickly touched the effects that AI may ultimately have on the blockchain.

Instead, we will make the opposite exercise comprehending what impact blockchain may have on the development of Machine Learning systems.

It is undeniable that the Artificial Intelligence black-box suffers from an explainability problem. With an explicit audit trail, it can not only improve the trustworthiness of the data and of the models, but also offer a clear route to trace back the machine decision process.

A secure data sharing is what means more data, and then better models, better results and better actions, resulting in better new data.

Lower the Market Barriers to Entry

Blockchain can secure your data and will foster the creation of cleaner yet more organized personal data. Thus, it will allow the emergence of new marketplaces, including a data marketplace, a models marketplace and finally even an AI marketplace.

Hence, easy data sharing and new marketplaces, in connections with blockchain data verification, will offer a more fluid integrated that lowers the barrier to open the entry for smaller market player and shrinks the competitive advantage of the top industry players.

No sooner a part of the task will be managed by autonomous virtual agents, having an explicit audit trail is something that will help bots to trust one another.

An AI coded in a DAO with particular smart contracts will be able to only perform those actions, and nothing more.

You May Also Read: Blockchain Use Case: Data Security 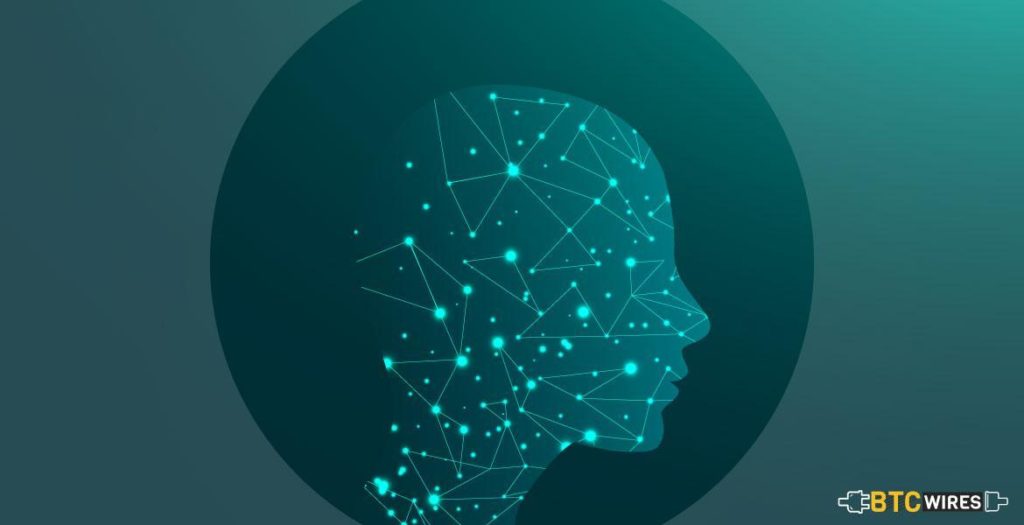 Blockchain and Artificial Intelligence are the two extreme sides of the technology spectrum.

One is promoting decentralized applications in an open-data environment, and the other is cherishing centralized intelligence on close data platforms.

However, if we find an intelligent way to synchronize both of them to work together, then the total positive externalities could be amplified within a blink of an eye.

It is clear that both the technologies do provide huge advantages to the society, and will continue to do so as they develop and grow.

What the future will bring is still based on experiments. Let’s hope for the best!