Without any doubt, blockchain has become a topic of great interest. As a field of booming innovations, Blockchain technology has a lot to talk about the decentralization system in it. Apart from many pioneering groups and bitcoin geeks, recently there were more and more organizations which are becoming deeply involved in the Blockchain Architecture. Let us help you understand things precisely with this guide.

There’s no way that you haven’t heard about blockchain. You’ve probably heard about bitcoin, but that’s not really what we are focusing on here. Because trying to describe blockchain by only talking about bitcoin is like trying to describe the entire internet by only talking about email. But like the internet, blockchain might just change everything. Blockchain means that you don’t need to trust anyone anymore, at least not when it comes to keeping records.

Let’s take an example, just to exist in the society, you need to put your blind faith in a ton of different institutions which is not a good thing.

Why are we so trusting with our public information? There has to be a better way, and Blockchain is that better way. As the title suggests, what we are focusing on here is the blockchain and decentralization to understand them better. If you wish to have profound knowledge about the technology, switch to our guide on ‘How does blockchain technology work?‘

The Durability and Robustness of Blockchain 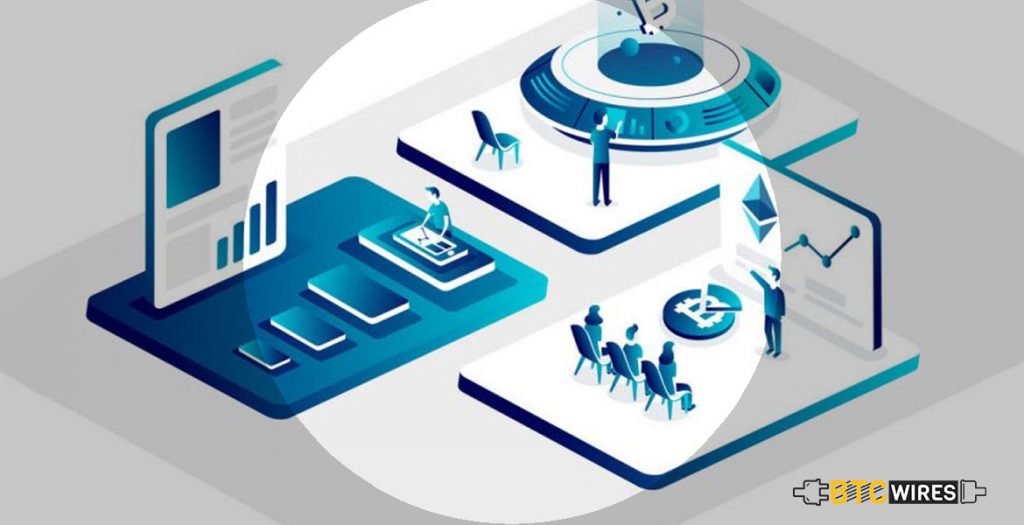 Blockchain technology is like the internet. But the different thing about this technology is that it has built-in robustness in it. By storing blocks of the information which are identical across the network, the blockchain –

It’s been almost 30 years since the internet itself has proven to be durable. It’s a track record that demonstrates well for blockchain technology as it continues to grow with the passage of time. It’s a network of so-called computing nodes which give this technology its robustness and durability.

Much has been talked about blockchain. Now, what’s the idea of decentralization? Doesn’t this question disturb you? Well, if it does, here you are going to get the answer.

One of the most intriguing features of blockchain technology is that it’s completely decentralized. No need for your data to be stored in one central point with blind trust. This is what makes this technology the unique one by far. It removes the need for any central authority. Instead, it hands the complete control back to the individual user. Here we are going to examine how this system works out, what it has in store for our future, and, why it is so revolutionary.

The Idea Behind Decentralization

The blockchain is a decentralized technology. Whatever happens on it is a function of the network as a whole. A few significant associations arise from this. By creating an all-new approach to verify transactions, the aspects of traditional commerce could become unnecessary. For example, the stock market trades become simultaneous on the blockchain, or it could even make types of record keeping, just like a land registry which is fully public. On the other hand, decentralization is already a reality.

A global network of computers is using blockchain technology to manage the database that records Bitcoin transactions jointly. That is, Bitcoin is managed by its particular network, and not by any central authority. Decentralization means that the system operates on a peer-to-peer method.

The decentralized nature of blockchain implies that it doesn’t depend on a central point of control. A lack of a single authority is what makes this system considerably more safe and secure. The way data is recorded using this technology epitomizes its most revolutionary quality, which is its value of decentralization.

Instead of relying on a single point of authority to do the transaction securely with other users, blockchain uses innovative consensus algorithms across a network of nodes for validating the transactions as well as recording the data in a manner that is incorruptible. Since blockchain is a ledger of information, it’s imperative that the data being stored is 100% accurate and honest.

Decentralization – The Essence of Blockchain

The system is designed in such a way that it doesn’t rely on a central authority. Where the central institutions charge a particular fee for every transaction, transacting on the blockchain is no longer a factor. However, the only costs incurred by the parties involved to reward the miners who run a node on the network, and that too is nominal.

By the fact that there is no reliance on any central point, the data becomes even more safe and secure, as it reduces the risk of being lost or destroyed. Coming to the blockchain technology, since all data is stored on multiple devices across the world, attacking one point of storage would result in no loss of data. Bitcoin is considered as the most resilient and weathered platform in this regard. Everybody knows that bitcoin has withstood the barrages of attempted cyber attacks, all of which had been unsuccessful, which is a good proof to put your faith in this technology.

Blockchain and decentralized networks are poised for becoming the biggest thing since sliced bread. In addition to affecting the large corporations, it’s a perfect way for the individuals today. However, there are some Decentralized Autonomous Organizations that you must know. With that said, the blockchain is for everyone!

Yearn Finance’s YFI Dives 10 per cent On Profit-Taking; Crash Ahead?