FinTech or Financial Technology is a term used to describe the niche field at the intersection of Financial services and technology. FinTech has been long associated with disruptive technologies that have now become ubiquitous in our daily lives from mobile banking to wire transfers. Similar to how older generation FinTech startups like PayPal leveraged the internet to augment financial services, current generation startups are leveraging Blockchain technology to augment FinTech further. These startups have collectively raised $66 million in private funding during February alone and was the leading industry sector in terms of funds raised (source). 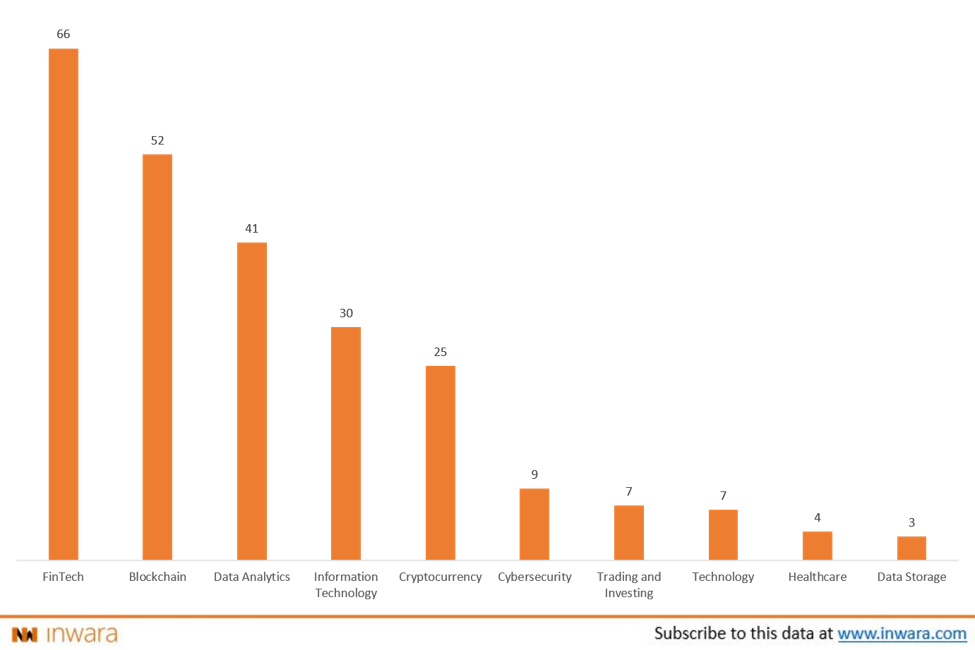 In its purest form, blockchain is a distributed digital ledger of economic transactions that utilizes cryptographic techniques to store data. Blockchain stores transactional data in a record known as blocks and each block is linked to the previous one.

Created nearly a decade ago with the aim of creating a new financial ecosystem that enables peer-to-peer transactions using digital currency, a.k.a Bitcoin, blockchain technology has permeated into scores of industry sectors with a high likelihood of revolutionizing at least a few of them.

How Blockchain is Augmenting FinTech?

The impact FinTech startups could create by leveraging blockchain technology is so incredible that these startups have attracted over $700 million in funds to date. A commendable achievement considering the relatively nascent nature of these startups. So how can blockchain augment FinTech? Here are the top three ways –

Imagine current infrastructure of cross-border payments and likely cumbersome, expensive and unreliable are adjectives that will likely come to mind. Now imagine, being able to send money across borders with the help of a decentralized, peer-to-peer network? Blockchain could not only help cut down on transactional time from a few days to a few minutes, but it could also help customers save cost.

While Traditional FinTech systems make use of centralized systems which run a high risk of getting hacked, transactions on a blockchain network are much more secure due to its decentralized nature. On top of this, blockchain also takes advantage of cryptographic techniques, like hashing, to add an extra layer of security to the transactions.

The financial ecosystem is a heavily regulated space to curb money laundering and other illicit activities. Hence, FinTech companies often have a ‘time and capital intensive’ process to ensure compliance with these guidelines. A study revealed that financial intermediaries could spend anywhere between $60 to $500 million on keeping up these regulations. Being a distributed ledger system, Blockchain could help financial intermediaries access to already verified customer data. Thus, it is helping to save both money and time.

Although still at a nascent stage, startups aiming to solve the critical challenges in the financial sector using blockchain technology will be critical in blockchain adoption on a global scale. FinTech startups will likely offer customers efficiency and convenience on a much grander scale than what the internet did for traditional banking, which is likely to make blockchain as ubiquitous as the internet is today.