The funds raised by Security Token Offerings has observed an upswing during Q2 2019 when compared to its previous quarter, according to the latest Blockchain and crypto report by InWara. 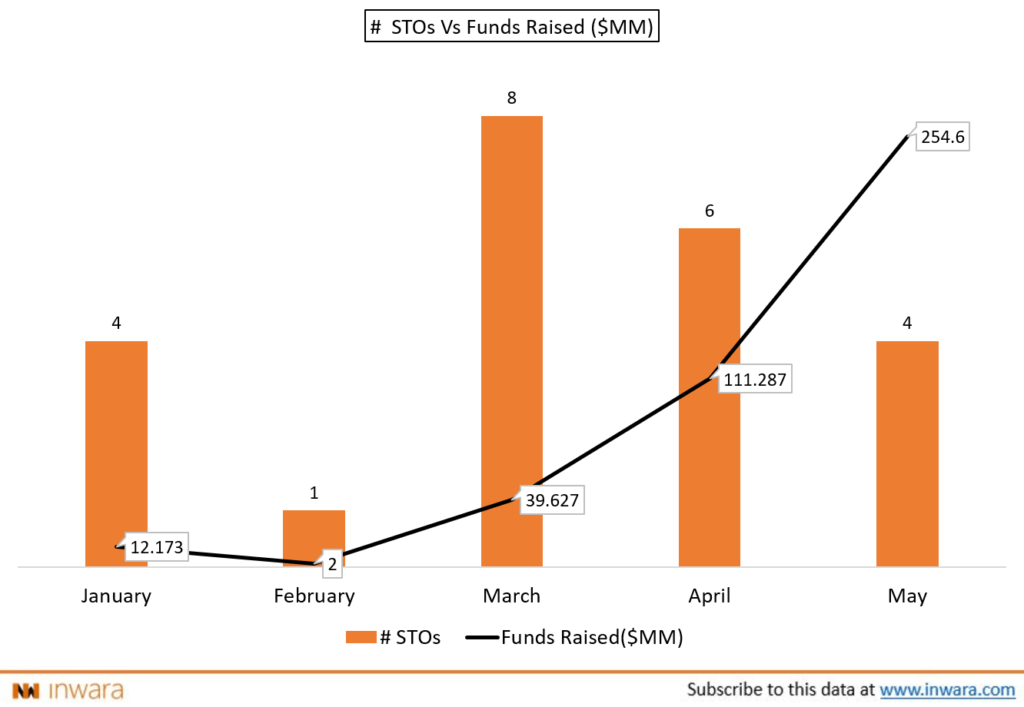 But it’s not all sunshine and rainbows in the STO landscape.

Firstly, the number of STOs that launched has remained fairly constant over the past one year with just 57 being launched during H1 2019. 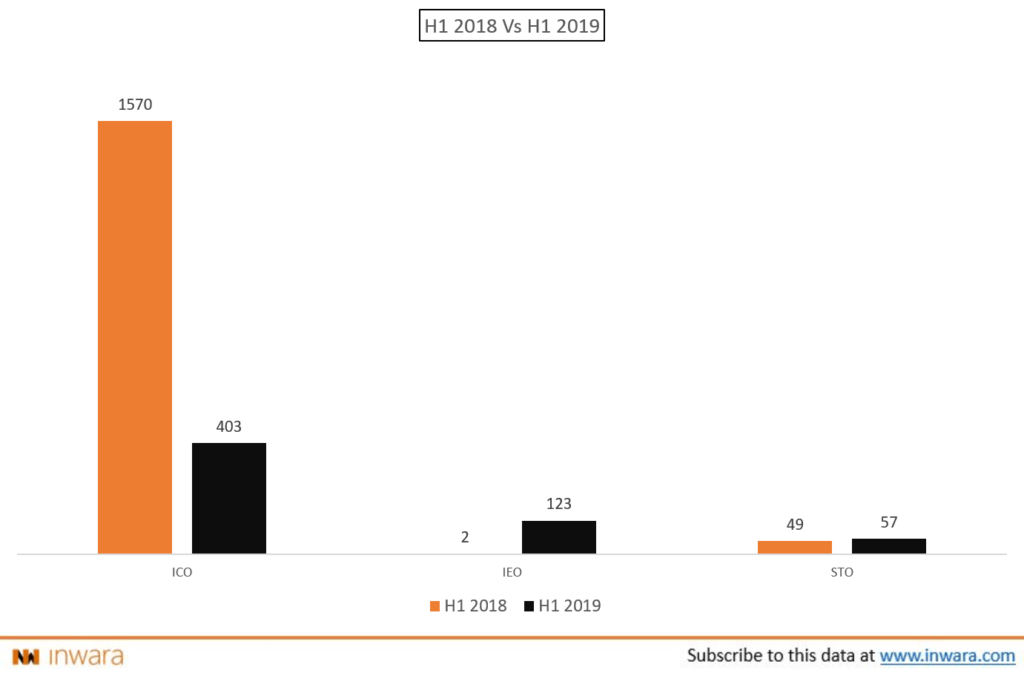 On the other hand, Initial Exchange Offerings has flourished as a fundraising tool – The number of IEO projects has increased by as much as 6000% YOY and raised a whopping $1.62 billion in funds, according to Blockchain and crypto report – H1 2019.

Unsurprisingly, the number of Initial Coin Offerings projects observed a sharp decline from it’s 2018 highs to just 403 token offerings being launched in H1 2019. The end of the ICO boom period started when investors were exposed to the severe downsides of investing in ICO projects.

For starters, the token issuers were under no legal obligation to stick to the company roadmap, develop the proposed project or even convey to investors how the funds raised is going to be utilized. Although Security Token Offerings weren’t meant to be a replacement to ICOs, this new investment vehicle granted investors legal and ownership rights in the company – a welcomed improvement.

But despite the hype around them, enterprises and regulators have yet to rally behind STOs.