Bitcoin May Rise: Amidst China Crisis

Dark clouds lay cradled near the setting sun, might sound like a poetic line from the late 90’s but for now it best, suits to describe the current global economic situation. The grave conditions that were created because of the economic tension that existed between the United States and PRC, hadn’t improved very much that now, the world was hit by another wrecking force that came in the form of pandemic named “Novel Coronavirus” with its source from Hubei province of China.

The pandemic hit country having it already declared a state of national health emergency; finds itself fighting yet another battle . Like always, it is expected that the Chinese government is hiding the real figures by suppressing the count of total people affected in the entire scenario.

The condition of the global economy couldn’t be any better understood without the famous dialogue from The Sun Also Rises.

“How did you go bankrupt?” Bill asked “Two ways,” Mike said “Gradually and then suddenly.”

The global recession expected, will not be like any bubble exploding, nothing sudden but rather would be a best example of deaths by a thousand cuts. With the recent un-inversion of yield curve after its inversion in august’19, does indeed signal an economic recovery but it is signaling that the recession is even closer (within one year or less based on the past three recessions). 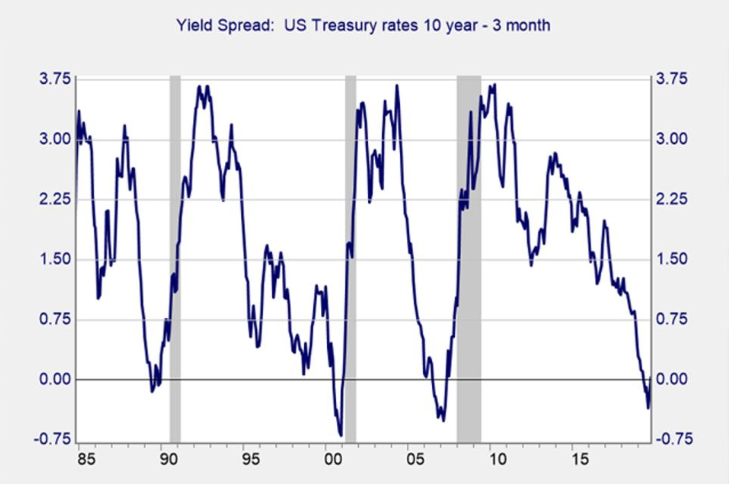 The good thing that these gloomy and dark clouds bring with them is hope for something that will change the world for once and all.

Bitcoin perhaps will shine like a bright star that guides or maybe forces the world in a absolutely new direction of crypto currency.

It might sound crazy but, there are various indications that show that the path for bitcoin’s domination is clear. With the crumbling world economy that relies on the centralised system to manage the wealth is very unclear and provides the opposite of what people want today, that is transparency.

When it comes to bitcoin adoption, there are generally two rules that never seem to fail. “Everyone always feels late, and everyone always wishes they had bought more bitcoin. There are exceptions to every rule, but bitcoin has an uncanny ability to screw with the human psyche.” It turns out that after all, 21 million is an extremely small number.

This is the roadmap to cutting out the noise and focusing on what really matters by Parker Lewis which defines the road map of Bitcoin’s world domination.

Is money a basic necessity? Is it more than obvious that at this point money is just what drives the world it the fuel on which the engine of the world runs on.So the answer is obviously yes!.

Is money a collective  hallucination? I would rather phrase it as we are in there times where money is more corporal than, the humans in blood and flesh so no wau it can be a hallucination.

Do economic systems converge on a single form of money? The answer to it is also yes because this is how the money in the world has functioned for centuries there are central powers who have control with very little transparency.

In recent activities Jack Dorsey Enables Bitcoin Emoji on Twitter Posts which evidently suggests that the role of bitcoin in the upcoming years is going to get even crucial. The year 2020 is going to be very bullish for Bitcoin, i mean this kind of endorsement with, Bitcoin now a part of Jack Dorsey’s Bio the founder of Twitter

Is going to bring an enormous amount of traction. It would even kindle the fire of curiosity in the new users.

There has been an increasing voice which wants to end the rule of dollar as the sole currency that is used for various international transactions in the market. Dollar has been controlling the transaction and has created its monopoly for long enough which gives the States an advantage over its competitors and hence it imposes sanctions on whomever it feels apt. With the paradigm of power shifts between the emerging economies such as China and India it feels a much more viable to shift to a much better alternative.

Bitcon is even establishing its brand value and its craze in people. It has constantly linked itself with expensive brands and more specifically car brands such as lamborghini and ferrari. These companies accept bitcoin as a mode of payment and transaction. Linking it self with dream cars has made itself again stand out which will in turn lead to in establishing the perception that it is not something ordinary.

Nature has its own interesting ways of functioning, and we as humans are best at hacking it and converting it into something that would benefit us anyhow no matter at what cost it comes.

Blockchain and Football seems to be a prety deal!

Why Bison Trails is taking the highroad with Libra