Will Petro Really Save The Venezuelan Economy?

The launch of the Petro cryptocurrency by the Venezuelan Government to save its fledgling economy and arrest its whopping hyperinflation had sent crypto world into a tizzy. It began to be cited as an encouraging instance of crypto use case and the move was lauded as being tech-savvy and bold, a move unprecedented in the history of governments. However, does it mean that Petro will really haul up the sinking ship that is the Venezuelan economy? There are arguments both for and against such an optimistic idea, but as of now, it seems the naysayers have more to offer in way of substantiation.

What was plaguing the Venezuelan economy?

In an economy fueled by oil sale, a high price of oil had made a great deal of money flow into the country during the Presidency of Hugo Chavez, providing him with enough resources to pursue populist policies that allegedly ate away at the basis of the country’s economy. When oil prices plummeted, Venezuelan economy nosedived as well, with little left to save its weakened base. The hyperinflation shot through the roof, leading many commentators to predict it will soon reach the rate of 1 million percent annually. 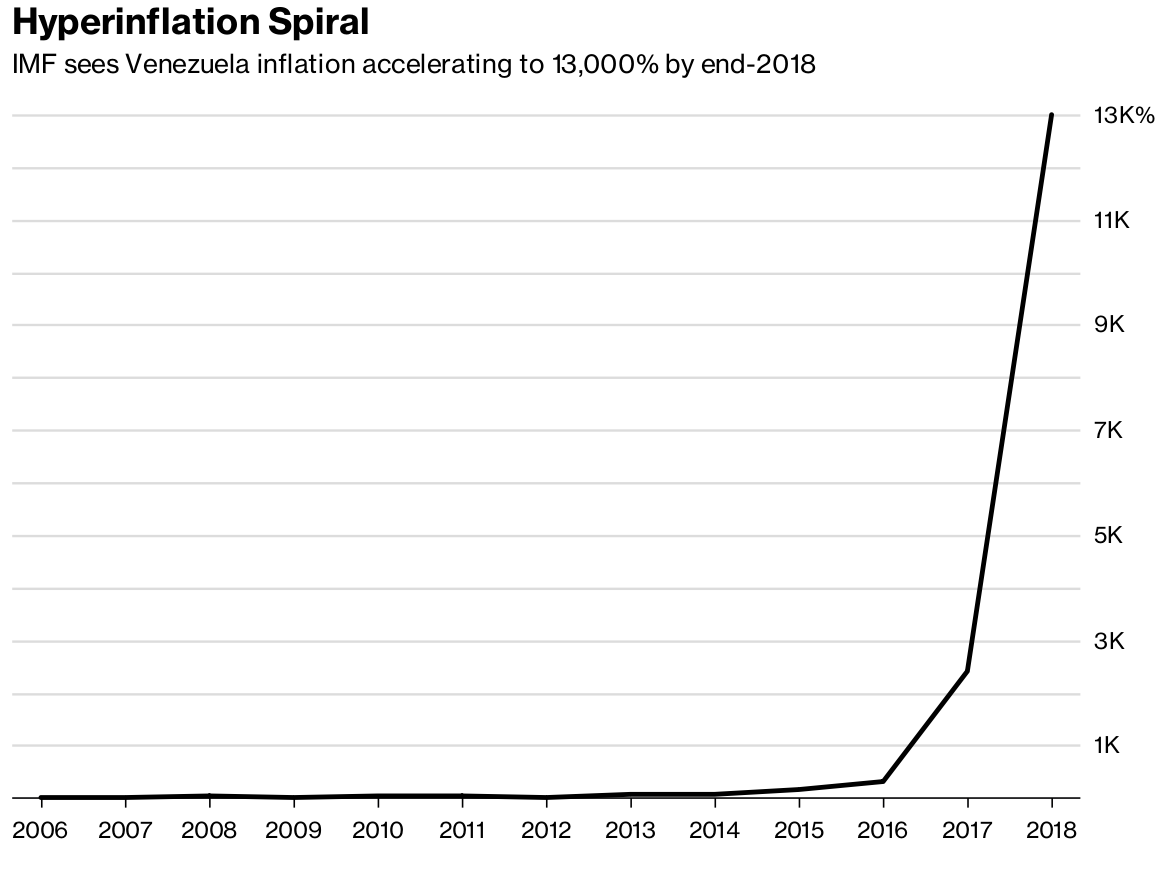 How did cryptocurrencies come into the picture?

When a Reddit user from Venezuela, who goes by the name Windows7730, received a 0.5 Nano worth of donation, he announced that he’d found a retailer who’d give him food and groceries in exchange for the cryptocurrency. Then,others donated to him as well, leading him to buy more than a month’s supply of ration using it. Eventually, more and more people on social media platforms began to talk about crypto could come in handy in day-to-day expenditures and almost everyone began to convert bolivars into crypto, buying necessities and paying bills with it.

In addition to this crypto wave, the country also became the cheapest location to mine cryptocurrencies due to cost-effective electricity plans, as a 2018 CNBC study reveals. All these factors made it possible for Venezuelan leaders to consider the use of cryptocurrencies to replace the staggering Bolivar.

At the end of last year, current President Nicolas Maduro announced that the government is launching the Petro backed by Venezuelan National Reserves, consisting of gold, oil, diamonds and so on. This oil-backed cryptocurrency’s sale will open in November, as Maduro announced on 1st October.

Even as the possibilities seem exciting, experts and honchos of central banks in the US and European countries advise caution with regard to crypto since it can pose long-term risks to a financial market already stumbling. As of now, while the encouraging stories of crypto use and mainstream adoption of cryptocurrencies in Venezuela attempt to make a case for Petro’s success, most don’t agree.

What risks do Petro pose to the Venezuelan economy?

In the midst of opposition claims that Petro crypto was illegal because it had placed a mortgage on the country’s oil without congressional approval, experts have come out with other worrying arguments about the fate of the currency and its ability to save the Venezuelan economy.

1. Volatility– What makes the cryptocurrencies usually so volatile is the fact that it does not have a central authority to back it. However, that is different in case of Petro? Or is it? Normally, a government backing would give a substantial degree of stability to any currency but Petro is different. The Venezuelan government is battling corruption allegations and complaints that it has been manipulating prices. With its trust dividend diminished so badly that one might have to scrape the barrel for a hint of it, the government has backed the crypto using a barrel that is more trustworthy than the government right now, the barrel of oil. However, this does not mean anyone can, on demand, exchange Petro for oil. Neither is there a high circulating amount of Petro in the country. As a result, Petro’s stability still remains a question mark.

2. Worldwide Adoption– Petro is unlikely to garner the crypto world’s support given that it has not managed to find listing in any of the world’s leading crypto exchanges, makes it a cause of concern, at least in the context of Petro being a member of Cryptoville. One major exchange, BitFinex, has even refused to list it at all, ever. Although Venezuela is rapidly certifying new exchanges, without a real circulation in the overall crypto market, the Petro cannot promise a positive result.

3. Continued risk of Corruption– While blockchain technology, which powers cryptocurrencies, is known for being transparent, the Venezuelan government’s track record does not inspire much faith in its propensity to be transparent. Will Petro rein in the corrupt tendencies of a government addled with untrustworthiness? It doesn’t seem so, yet.

With all these factors going against it, as of now, the prospects of Petro for saving the Venezuelan economy doesn’t seem too promising. Will it make a turnaround and surprise us all? Only time will tell.