Will Monero be a Good Investment in 2019?

Like most other cryptocurrencies, Monero has seen a downwards trend throughout the year.

Being a completely anonymous cryptocurrency, it is higly valued in the market and sees significant investments.

If you are asking yourself whether or not you should invest in Monero, then you must read our piece on the same. In this piece, we aim to give you greater clarity, heading into 2019.

You May Also Read: A Beginner’s Guide To Monero

Where does Monero stand?

Since then, it has seen a dip in prices ranging upto 90.9%. Now although that is troubling, it has been the general trend in the entire market.

The market in general has seen a bearish trend, especially in the last few months. Prices have come crashing down and most cryptocurencies have seen a devaluation.

There is a total availibility of 18.4 million Monero in the market, and out of that 16.7 million has already been mined, since the genesis of the cryptocurrency back in 2014.

You May Also Read: How to mine Monero?

Why invest in Monero?

As mentioned before, Monero is a cryptocurrency that offers anonymity. If you ask yourself Is Bitcoin Really Anonymous, the answer you will get is the same for Monero- they both are indeed anonymous.

Monero solves the scalability issues as well that bitcoin poses. It has introduced a block reward penalty system instead of putting in place the maximum block size system.

Now as mentioned before, the limit of mining Monero is 18.4 million, 16.7 million of which has already been mined. It has been noticed that a more finite a resource is, the more valuable it becomes.

Similarly, it can be predicted that the more finite Monero will become as a cryptocurrency, the more likely it is for the prcies of Monero to shoot up.

You May Also Read: Best Monero Mining Hardware of 2018

According to experts, Monero’s price will witness a surge in 2019 and it will be a profitable year for the cryptocurrency.

So far the 2018 graph of Monero looks like this: 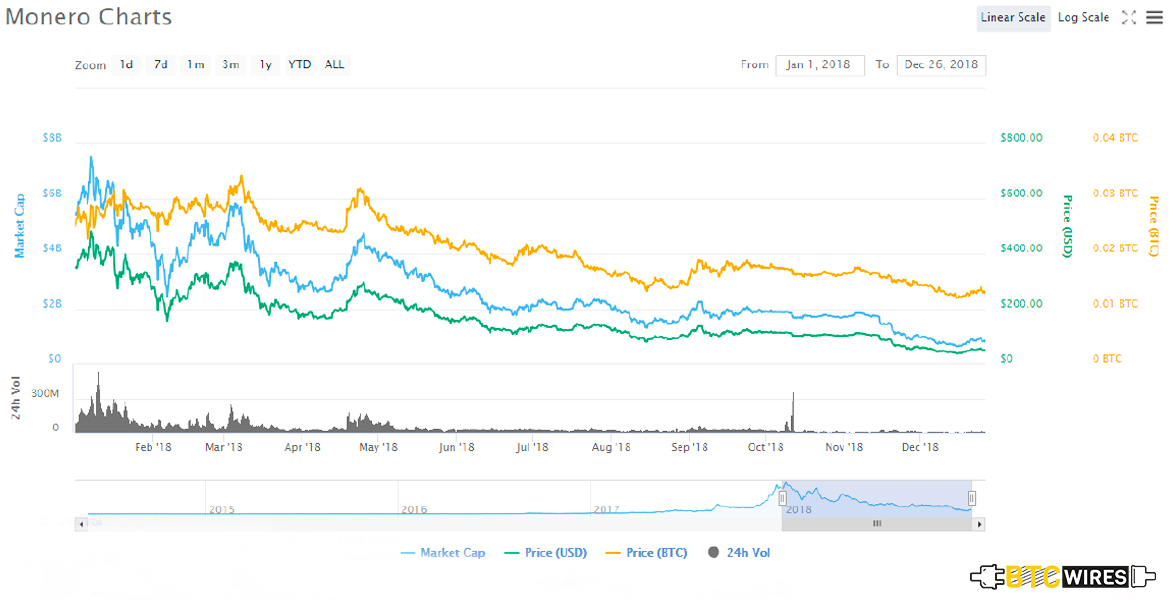 As you can see, the crypto saw an unprecedented high in the beginning of the year but gradually kept sliding down as the year progressed.

It is however expected that the price will touch $500+ and it would be a good idea to invest in the cryptocurrency, now that the prices are on the lower side.

Ethereum and Monero Dumped by Canadian Public Company for Bitcoin