Crypto news aggregator CryptoControl.io has launched a crypto-specific ad network called as Bitwords.io. Bitwords.io is a smart-contract based ad network that provides transparency by publicly showcasing how funds move in the network.

The problem with existing ad networks

The existing problem with ad networks is the lack of transparency with how money is moving. Ad networks don’t reveal how much cut they take from the money credited by advertisers and how much of it actually goes to publishers.

This means that advertisers who spend money don’t know how much of it actually going to drive clicks and impressions; and publishers always will have to trust on the ad network that they’re getting the revenues they deserve.

How Bitwords is using the Ethereum blockchain to provide transparency?

To solve this problem, the CryptoControl team decided to create an ad network, leveraging the publishers who were already a part of the platform which would use an Ethereum smart-contract to manage all the funds.

Because the code for the smart-contract is publicly available and cannot be modified even by Bitwords themselves, everyone can see that Bitwords only takes a 10% cut from revenues.

Everyone can see who are the different advertisers on the network and how much of their ether is going towards publishers.

The Bitwords team is further working with matic.network, an Ethereum based sidechain (based on Plasma.io) to even show how many clicks/impressions have been served on the network. 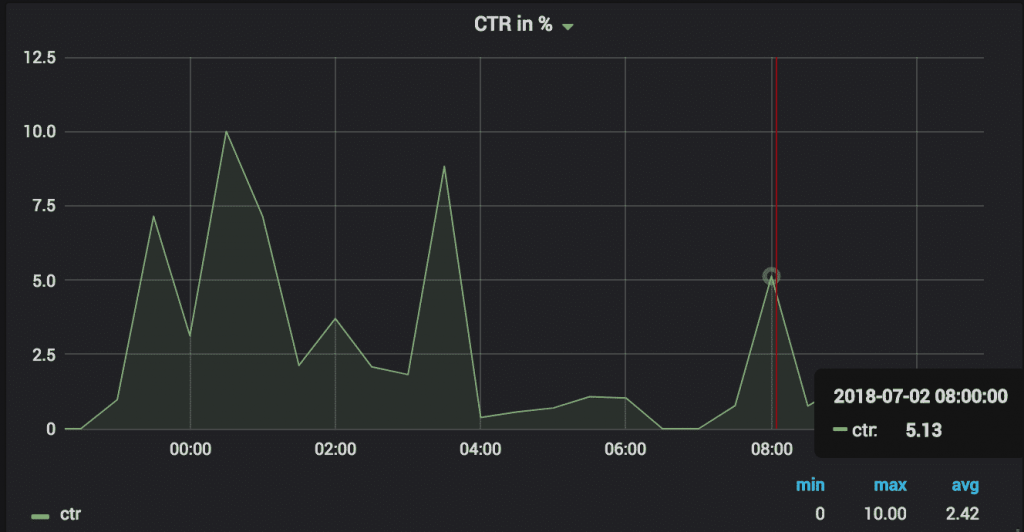 As part of the initial beta launch, the Bitwords network launched with 5 different crypto publishers and saw click-through rates as high as 10%, averaging at 3-10%.

Bitwords.io also recently allowed a feature to let publishers even share traffic by showcasing articles they’ve written as advertisements on other publishers. This allows publishers to share high-quality and relevant traffic amongst each other, driving even more higher CTRs.

To become a part of the Bitwords.io network, advertisers and publishers can visit their website for more information or reach out to the team directly via email.

This is a paid press release. Btcwires does not endorse and is not responsible for or liable for any content, accuracy, quality, advertising, products or other materials on this page. Readers should do their own research before taking any actions related to the company.

The Golden Cross Could Help Ethereum Break The $228 Resistance Level

Ethereum Is Now Equal to Bitcoin In Daily Value Transfers